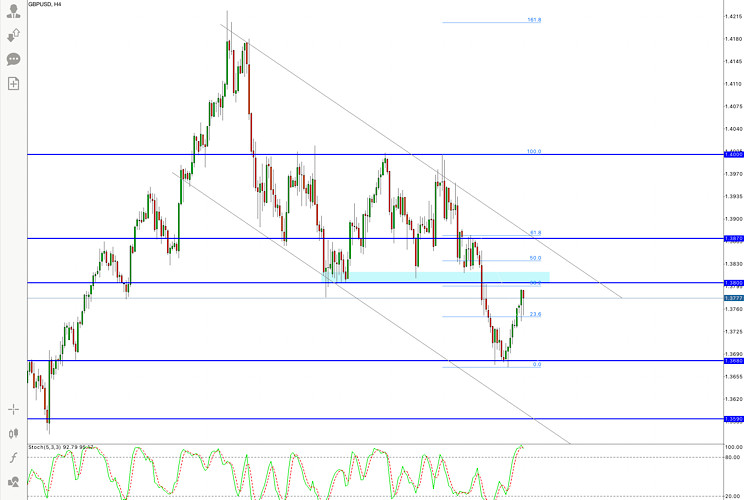 GBP/USD has recorded a stunning rally since yesterday, finding support at the seven-week low of 1.3670.Bears have been ceding some ground but remain in control. Momentum on the four-hour chart remains to the downside despite an improvement and the critical support breakout level 1.3800.