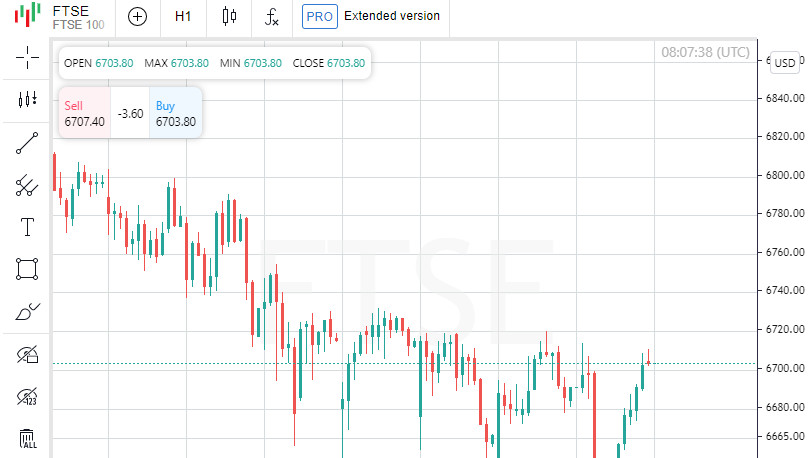 The composite index of the largest enterprises in the region Stoxx Europe 600 by the close of trading dropped by 0.07%, to 423.08 points.

AstraZeneca shares gained 1.1%. AstraZeneca’s vaccine efficacy in preventing symptomatic COVID-19 was 3% lower than the company announced on Monday at 76%, according to an initial analysis of the company’s third phase of trials in the United States. At the same time, the analysis confirmed the 100% effectiveness of the AstraZeneca vaccine against severe forms of coronavirus.

Cineworld shares fell 7.6%. The company announced plans to issue convertible bonds in the amount of $ 213 million at a rate of 7.5%. The cinema operator incurred a pre-tax loss of $ 1.3 billion in 2020 and said its baseline scenario would reopen cinemas in May.

Aroundtown shares were down 5.6%. The commercial real estate operator in Germany and the Netherlands gave a forecast for 2021, which did not meet analysts’ expectations.

The German authorities announced the return of isolation for three weeks due to a sharp increase in the incidence of COVID-19. This caused outrage among the Germans, especially the decision to close all shops during the Easter holidays. Later, German Chancellor Angela Merkel canceled the decision to tighten quarantine precisely on Easter holidays, the Germans are encouraged to simply spend them at home.

After the extension of quarantine measures in Germany and some regions of France, the Dutch authorities announced that the restrictions in force in the country will be extended until April 20.

In turn, British Prime Minister Boris Johnson warned that the wave of COVID-19, which has covered continental Europe, could also affect the UK.

The statistics published yesterday indicated a stable dynamics of the index of entrepreneurs’ confidence in the French economy. The indicator in March remained at the level of 98 points, as in the previous month. Earlier it was announced a value of 97 points, and the consensus forecast of analysts assumed an increase in the index to 98 points.