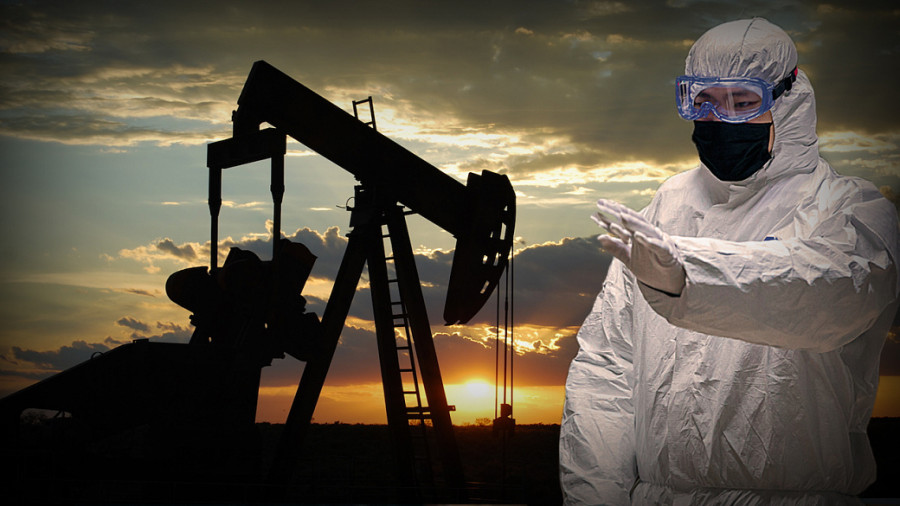 New lockdowns around the world aimed at stopping the third wave of the coronavirus pandemic are exerting downward pressure on oil demand. The tougher restrictions in a number of leading countries have affected oil prices. Today, they have rushed down after yesterday’s considerable rise. Thus, at the time of preparing this material, Brent crude futures fell by 2.72% to $62.66 per barrel, and WTI – by 3.01% to $59.34 per barrel.

Yesterday, oil faced serious support that stopped the sell-off in the oil market. Brent quotes added as much as 6%, and WTI – 5.9%. The reason was a giant container ship stuck in the Suez Canal, blocking all traffic on one of the world’s busiest shipping arteries. As a result, this caused a gridlock of about 100 vessels, some of which were loaded with about 10m barrels of oil products. Experts warned that the rescue operation could take several weeks. Analysts assured that oil quotes and freight costs would confidently go up and their rally would continue until the restoration of traffic in the Suez Canal.

However, the current decline in oil prices suggests that concerns about demand amid quarantine restrictions as well as delays in COVID-19 vaccine supplies turned out to be much more significant for market players than the Suez Canal incident. In addition, data on oil inventories released yesterday by the Energy Information Administration (EIA) cannot support oil prices. Thus, crude inventories in the United States rose by 1.9 million barrels in the week ended March 19. This figure significantly exceeded analysts’ expectations, who predicted a decrease in inventories by 1.7 million barrels.

In addition, oil came under pressure from the news that Asian consumers, in particular China, suddenly cut their crude purchases in March. As a result, sellers from Europe, Africa, and the United States rushed to look for new buyers. Over the past year, when the bulk of oil importers significantly reduced their energy purchases during lockdowns, Asian consumers continued to buy oil products. China was buying up excess volumes of oil, filling up its storage tanks.

This year, the market has gone into backwardation. Considering the previously accumulated oil reserves, Asian oil refineries have sharply reduced their purchases. There is no point in buying something new when it is time to start processing the products purchased at the lowest price in the midst of the coronavirus crisis.

China’s refusal from massive oil purchases coupled with low demand for oil in Europe, as well as the approaching season of the preventive maintenance of refinery plants leave suppliers no choice but to reduce commodity prices.

Since the beginning of this year, oil has added more than 20% in value. Given the accelerated roll-out of coronavirus vaccinations around the world and OPEC oil output cuts, experts predict a rise in crude prices in the long term. The alliance is set to hold another meeting next week to decide on production volumes for May.