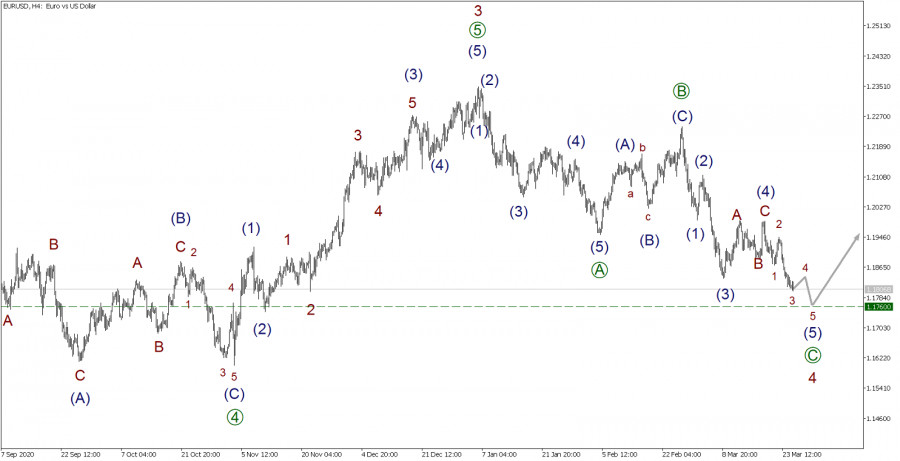 The situation of the EUR/USD pair was reviewed during the beginning of the week.

At present, we are in the final part of the bearish impulse wave [C], which is the final sub-wave in the formation of a downward zigzag [A]-[B]-[C].

Now, let’s analyze the details of the last part of the chart in the hourly (H1) time frame. 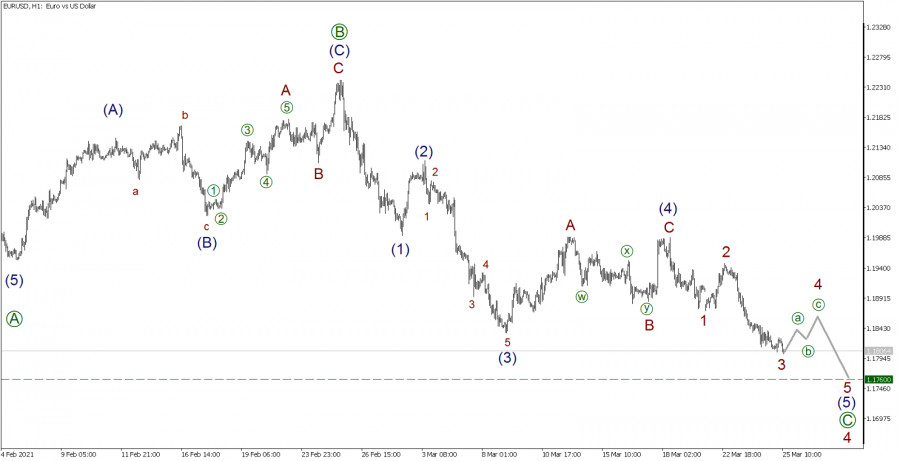 This chart shows the formation of the final wave (5), which started at the previous week. During this time, the market has built a downward wave 1 in the form of an impulse and a bullish correction 2. Meanwhile, the impulse wave 3 appears to be fully done.

Given that the assumption is correct, we can expect the development of a bullish correction wave 4 in the next trading days, which can take a standard zigzag form [a]-[b]-[c]. Once this correction is over, market participants will see a final decline in the sub-wave 5 towards the level of 1.1760, where the entire bearish impulse will be completed [C].

The approximate scheme of possible future movement is shown on the chart.

We can consider opening short positions in the current situation to be able to make a profit at the end of the impulse [C].