From a formal point of view, Europe seems to be gradually easing the restrictive measures imposed relative to the coronavirus pandemic. However, there are growing concerns about the possibility of both their extension and tightening every day. At the same time, the situation is worsened by more and more problems related to vaccines. In particular, AstraZeneca was forced to admit that the effectiveness of its vaccine is significantly lower than stated. However, this was only done after Washington criticized it, and not after publications in scientific journals, which also does not guarantee that the vaccination process will somehow change the situation for the better. Nevertheless, this story has slightly lowered the issue of the possible “vaccine embargo” that the European Union countries plan to impose on the UK.

In general, everything seems to be very gloomy, which seriously worries investors. Thus, it is not surprising that European currencies are slowly weakening. But we must admit that they tried to show some attempts to grow amid good statistical data. Another thing is that the effect of optimism was only temporary. After that, the US dollar resumed its growth. 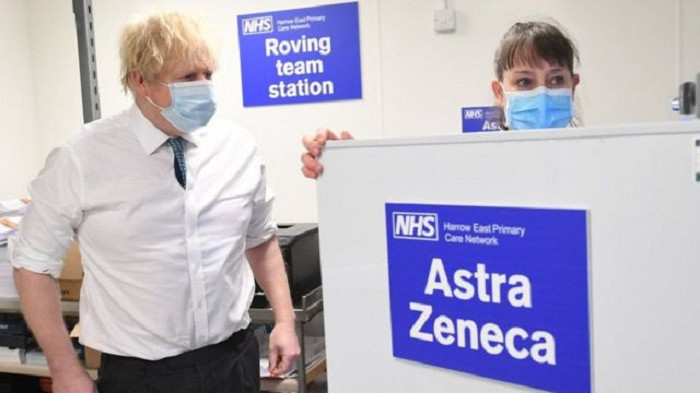 However, it is not entirely fair to say that all the European statistics were so good. Yesterday’s day began with disappointment over UK inflation, which slowed down to 0.4%, instead of rising from 0.7% to 0.8%. And although the financial markets are increasingly getting wary of possible inflationary risks and sharp rise in consumer prices, the inflation decline still scares investors. Therefore, it was no surprise that the pound began to sharply decline after that. However, a little later, it tried to somehow recover its losses due to preliminary estimates of business activity indices. Here, the manufacturing index rose to 57.9, which was expected to decline from 55.1 to 54.6. But more importantly, the services index, as well as the composite index, increased above the 50.0 point mark. At the same time, the business activity index in the service sector rose from 49.5 to 56.8, while the composite one also did so from 49.6 to 56.6. However, such positivity did not last long, and so, the pound continued to lose its position. 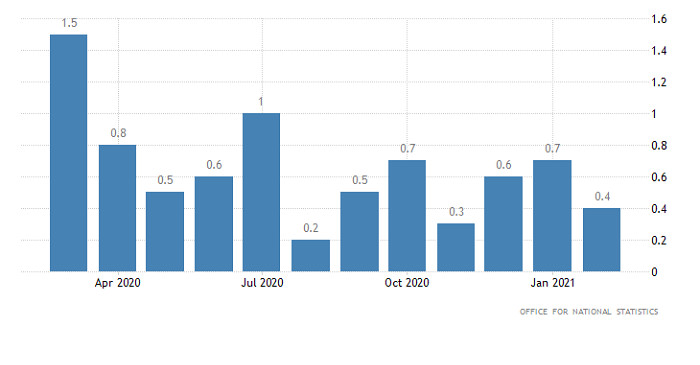 As for the Eurozone, the situation with business activity indices was extremely pleasant. For example, the business activity index in the manufacturing sector rose from 57.9 to 62.4, which is the highest value on record. In the service sector, it also rose from 45.7 to 48.8. As a result, the composite PMI increased from 48.8 to 52.5. However, just like in the pound’s case, this was only enough for a temporary and not too strong growth of the Euro currency. 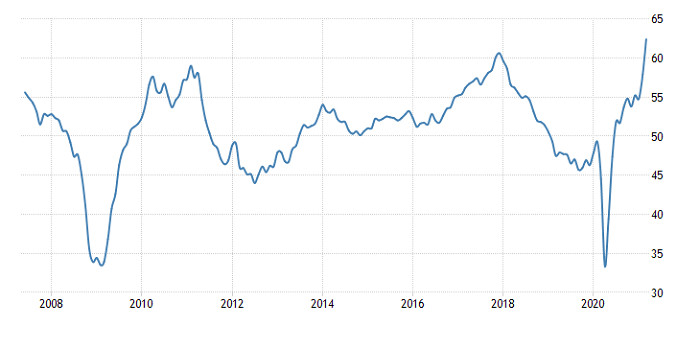 The second attempt to somehow change the trend for the strengthening of the US dollar was made during the publication of data on US durable goods orders. Here, the orders was expected to rise by 1.1%, but it dropped by 1.1%. It turns out that consumer activity in the form of retail sales may decline even more, albeit being at a fairly high level. 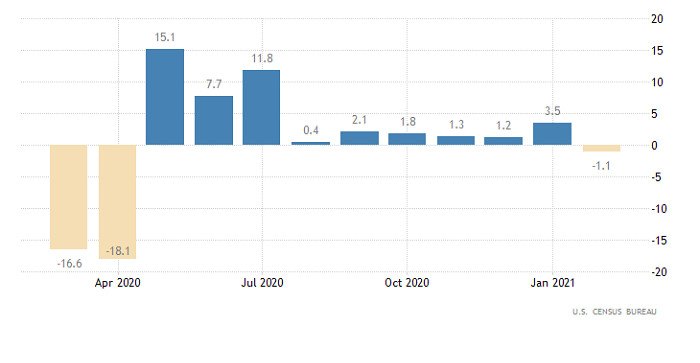 Now, since the dollar is growing, even despite the bad statistics for it, good statistics will most likely contribute to its further growth. Moreover, the number of initial applications for unemployment benefits should decline below the 700,000 mark for the first time since the coronavirus pandemic began. In particular, we expect it to fall from 770 thousand to 695 thousand. The number of repeated requests is also likely to plunge from 4,124,000 to 4,015,000, which is quite good for the current situation. Most importantly, the trend towards the recovery of the labor market continues. 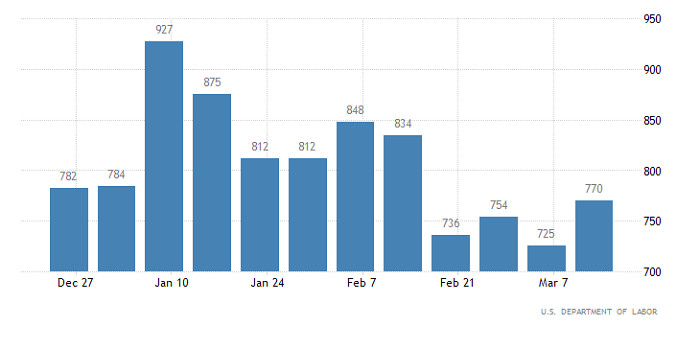 The Euro currency is sharply following the downward trend, prolonging the correctional movement from the high of the mid-term trend. If the price holds below the level of 1.1800, further decline towards the range of 1.1740-1.1700 will be likely. 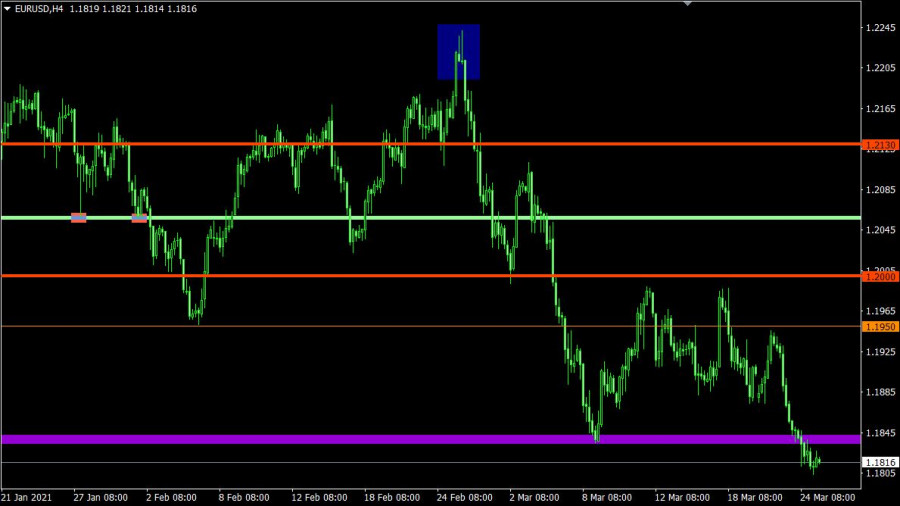 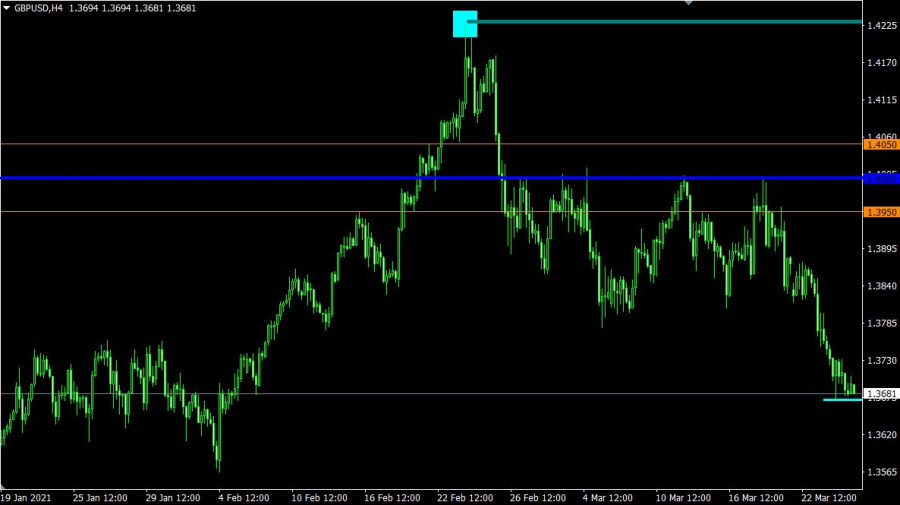