During the current week, the Australian dollar has lost more than 150 points against its American counterpart, yielding to the pressure of the US dollar. The AUD/USD pair fell to the bottom of the 0.76 level, moving near the area of the 75th mark. Buyers of the pair are still on the defensive, but the current fundamental picture suggests that it’s just a matter of time before the 75th figure is attacked. Moreover, the Australian dollar has no strong counter arguments to fight against the dollar bulls. The technical picture, which will be discussed below, signals that the Australian dollar will further decline. Currently, the pair is drifting in the area of 0.7590-0.7600. During today’s Asian session, the Australian dollar showed quite weak correction, but then rose above price area a little later. The resulting stagnation can be used as a reason to open short positions, since the next wave of the downward impulse can lead the pair to the support level of 0.7500 (Kijun-sen line on the weekly time frame).

The Australian dollar has been under background pressure since the end of February, when the RBA held its first meeting of the year. Traders were quite reasonably counting on the “hawkish” attitude of the regulatory members, given the growth of key macroeconomic indicators. The Australian labor market is recovering at a more active pace compared to December forecasts, as well as inflation data that have been coming out in the “green zone” in recent months. 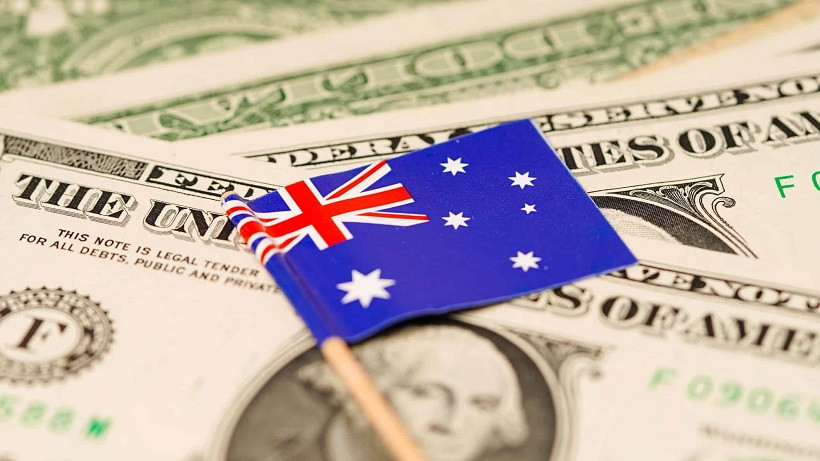 Such a fundamental disposition suggested that RBA members can do a “hawkish” scenario at the February meeting by mentioning the curtailment of the stimulus program and a possible rate hike next year. However, the regulator disappointed AUD/USD buyers by doing the opposite: the Central Bank extended the duration of the QE program, which was originally supposed to end in April. This was very unexpected, so the AUD retreated from two-year price highs, particularly in the area of the level of 0.80. It was then followed by a collapse by 300 points down after 2 days. Since then, the AUD/USD bulls have repeatedly made attempts to recover, but have not risen above the price level of 0.78. Traders considered any more or less extreme price growth as a reason to open short positions, especially amid the US dollar’s general strengthening.

This situation has led to the fact that the pair is currently approaching the area of the current year’s price lows (0.7565). Yesterday’s speech by RBA Deputy Governor Guy Debelle only increased the pressure on the Australian dollar. A representative of the Australian regulator said that the Central Bank will not raise rates until inflation is fixed in the range of 2-3%, which will not happen until 2024. It should be noted that even the Fed, which also takes a very “dovish” position, plans to raise the interest rate a year earlier, that is, in 2023.

The RBA’s standoff with the debt market is also another problem for the currency. At the last meeting, the RBA members clearly stated that they would continue to monitor the situation with the yield of government bonds, preventing its excessive growth. So far, the Central Bank has only one lever of influence – increasing the volume of purchases of bonds. So, at the end of February, the Reserve Bank purchased three-year government bonds for 3 billion Australian dollars, as the yield exceeded the target of 0.10% again.

An additional factor of pressure on the Australian dollar is China or rather, the Australian-Chinese relations. Earlier this week, Canberra publicly supported the anti-China sanctions, which were simultaneously imposed by the European Union, the US, the UK and Canada. Given the background of the relationship between Canberra and Beijing, especially last year, we can assume that the “cold war” between the countries will not end in the near future. In fact, the Minister of Foreign Affairs of Australia, Marise Payne, recently reported that she has repeatedly appealed this year to the Minister of Foreign Affairs of China, Wang Yi, to resume the negotiations, but the Chinese side ignored these requests.

If we talk about the Aussie’s downward prospects, it is also necessary to say something about the commodity market situation. In particular, iron ore prices declined this week amid the forecast of a reduction in smelting in China. According to experts, this price trend has developed against the background of traders’ concerns about a further reduction in steel production in the city of Tangshan, which accounts for 14% of the total steel production in China due to high levels of pollution.

Therefore, the AUD/USD pair is under pressure from several factors such as the Reserve Bank of Australia’s dovish position, Canberra and Beijing’s “cold” war, commodity market decline and the US dollar’s general strengthening. 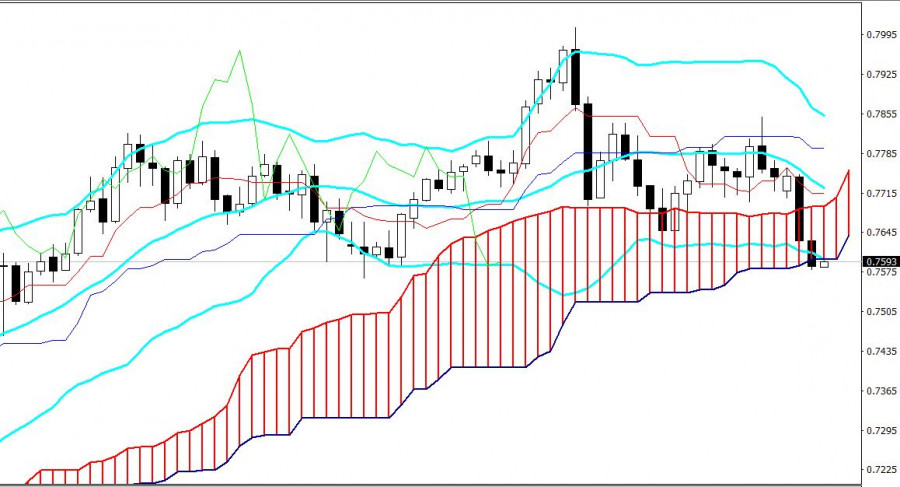 From the point of view of technical analysis, the situation is also not in favor of the Australian dollar. On the daily time frame, the AUD/USD pair is below all the Ichimoku lines (including the Kumo cloud), which shows a fairly strong bearish “Parade of Lines” signal. In addition, the price declined below the lower line of the Bollinger Bands indicator, which also indicates that the priority is the downward trend. In order to know the nearest support level, it is necessary to move to a higher time frame, namely W1. Here, it shows that the closest nearest obstacle for the AUD/USD bears is the Kijun-sen line, which corresponds to the psychologically important level of 0.7500. This target serves as the downward target in the medium term.