The Euro currency remains under pressure. Even positive macroeconomic statistics only resulted in a temporary growth of the specified currency, which in fact was only average. Moreover, the coronavirus situation also puts pressure on the single European currency. In particular, we are talking about the expectation that the EU will not only extend restrictive measures, but also tighten them. No one is happy about this prospect. After all, the economy of the European Union has not even begun to recover properly, and the next restrictions can cause irreparable damage. Although the countries of the European Union are formally gradually easing the restrictive measures, the epidemiological situation, as well as the endless problems with the implementation of the vaccination program, clearly indicate an ever-increasing prospect of new restrictions. European politicians themselves are also talking about it more. 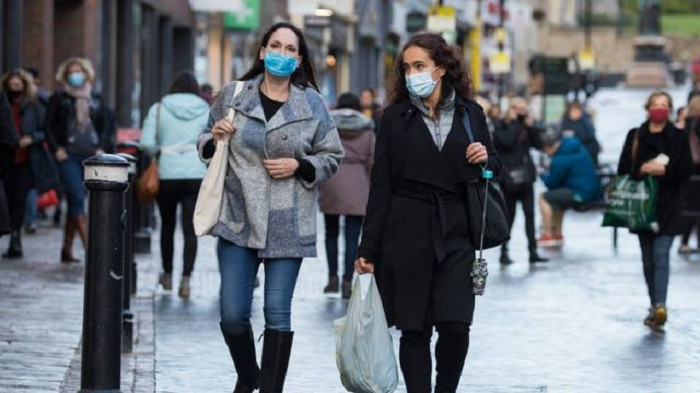 Nevertheless, the preliminary assessment of the business activity indices surpassed all the greatest expectations. Here, the manufacturing index surged from 57.9 to 62.4, against the forecasted decline to 57.4. The service sector index also rose from 45.7 to 48.8, while the composite index also did from 48.8 to 52.5. We expected a slightly more modest growth. However, the Euro showed an extremely slow growth, which lasted only for a while. After that, it began to move downwards again. 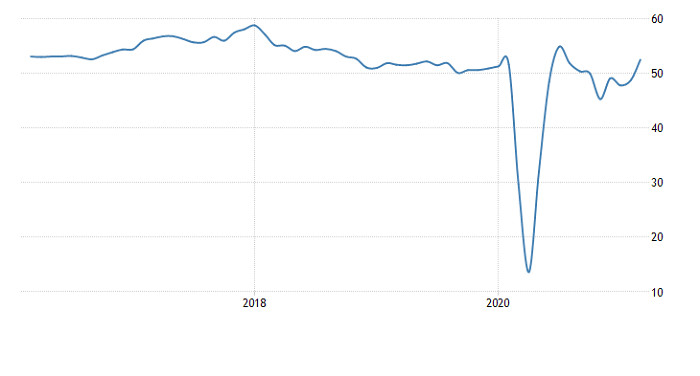 In turn, the US statistics was somewhat disappointing, which caused the Euro to somehow attempt to improve its position repeatedly. However, this was only temporary. Investors were disappointed by the fact that orders for durable goods fell by 1.1%, although they expected it to rise by 1.1%. In general, there is an increasing risk of a further decline in consumer activity. In any case, this did not change the whole outlook. The Euro currency just continued to gradually decline after that. 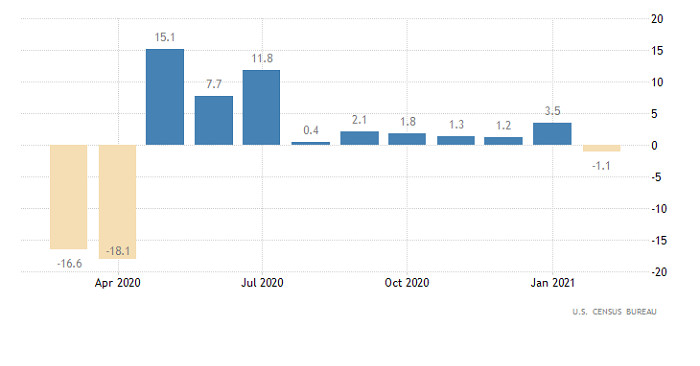 Since even weak statistics failed to stop the US dollar from strengthening, good data can contribute to its further growth. The best fit for this is the applications for unemployment benefits, whose number is expected to decline again. Here, the number of initial requests is predicted to plunge from 770 thousand to 695 thousand, while repeated requests is from 4,124 thousand to 4,015 thousand. 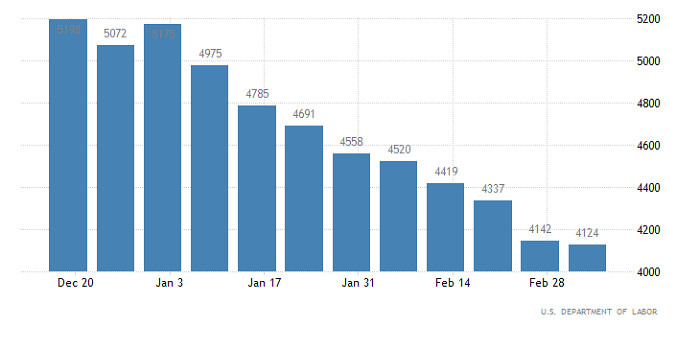 During the recent sharp downward trend, traders of the EUR/USD pair managed not only to restore the volume of short positions in the market, but also update the local low (1.1835) of March 9, which led to the continuation of the correction from the high of the mid-term trend.

There is an average market volatility, but at the same time, there is also a speculative market activity, which leads to impulsive changes in the price.

Based on the price’s current location, the downward movement is slowing down just above the level of 1.1800.

Analyzing the general trading chart, the daily period shows that the quote continues to follow the structure of the correctional movement from the high of the medium-term trend 1.2349 -> 1.1804.

Therefore, we can assume that the downward interest will persist in the market, but subsequent short positions will be introduced after the price is held below the 1.1800 mark, due to the local oversold status, which leads to a stagnation-pullback above the 1.1800 coordinate.

From the viewpoint of comprehensive indicator analysis, one can see that the indicators of technical instruments on the minute, hourly and daily time frames signal a sell, due to a sharp decline. 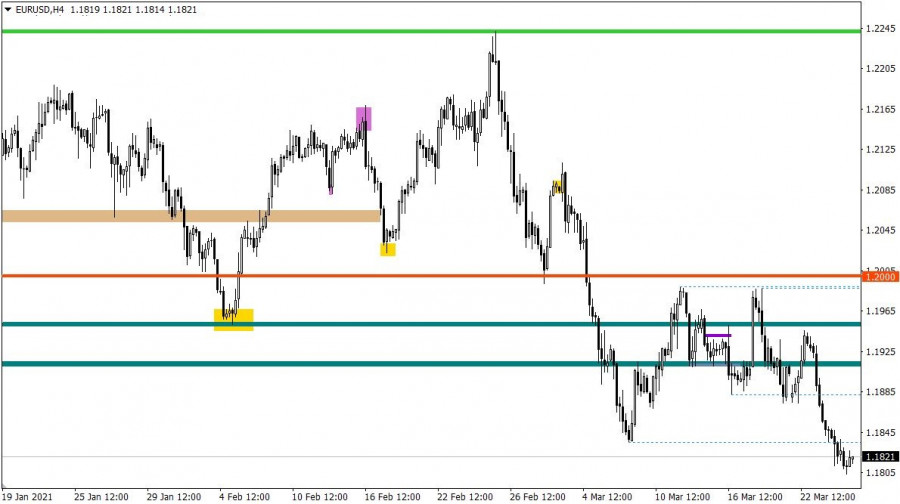