The Australian dollar is approaching its target of 0.7565, set at the February 2 low. On the daily chart, the Marlin oscillator slightly turns up and thus predicts a correction from this level. If, of course, it is reached. 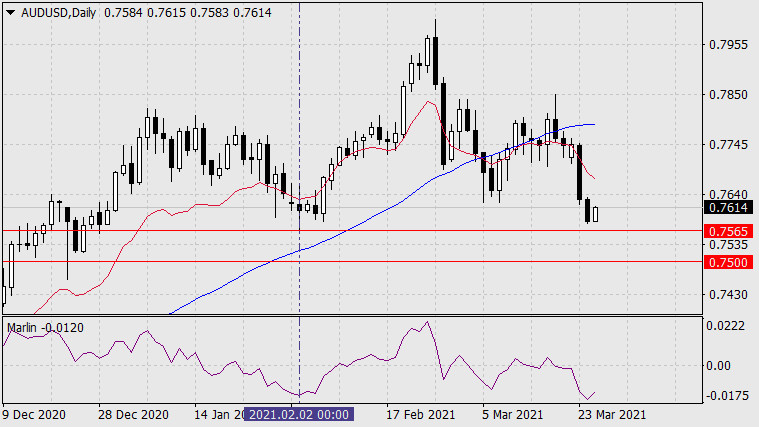 On the four-hour chart, the Marlin oscillator is more insistent on pointing to a correction. This correction is based primarily on the Catholic Easter this weekend and on Monday, when the markets will be closed, and investors today will take profit from sales from March 18th. Corrective growth is possible to approximately reach 0.7644, which is 38.2% of the last branch of the decline from the 22nd. 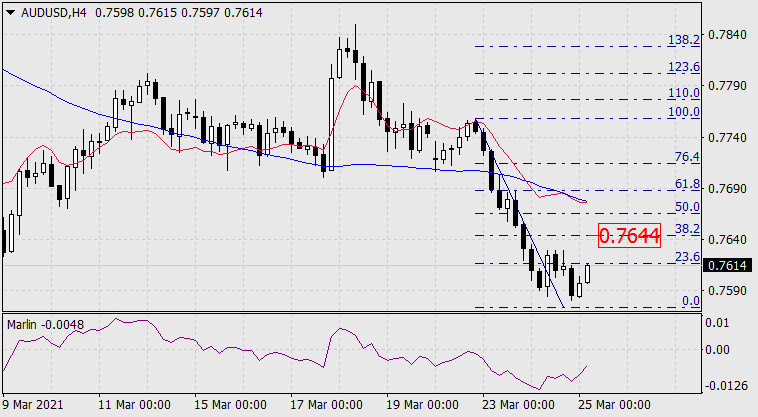