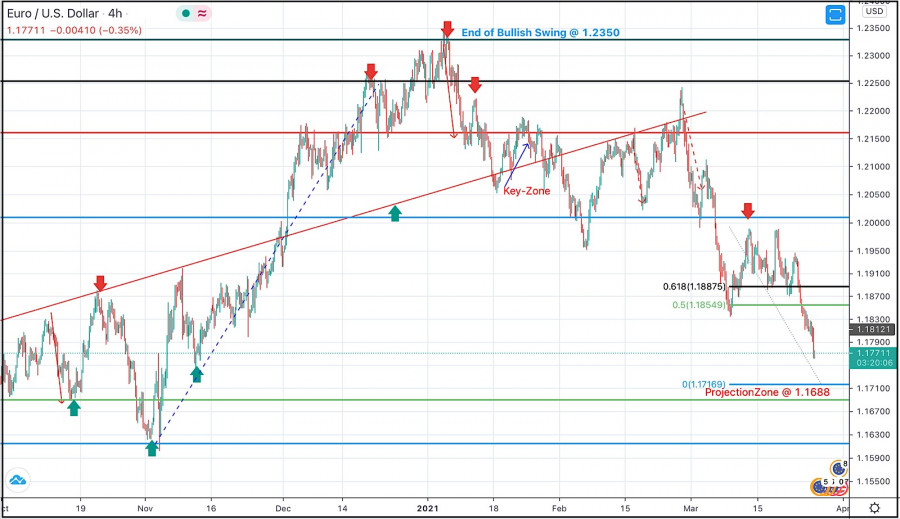 Around 1.1690, a high probability bullish trade can be taken if sufficient bullish signs of reversal are expressed