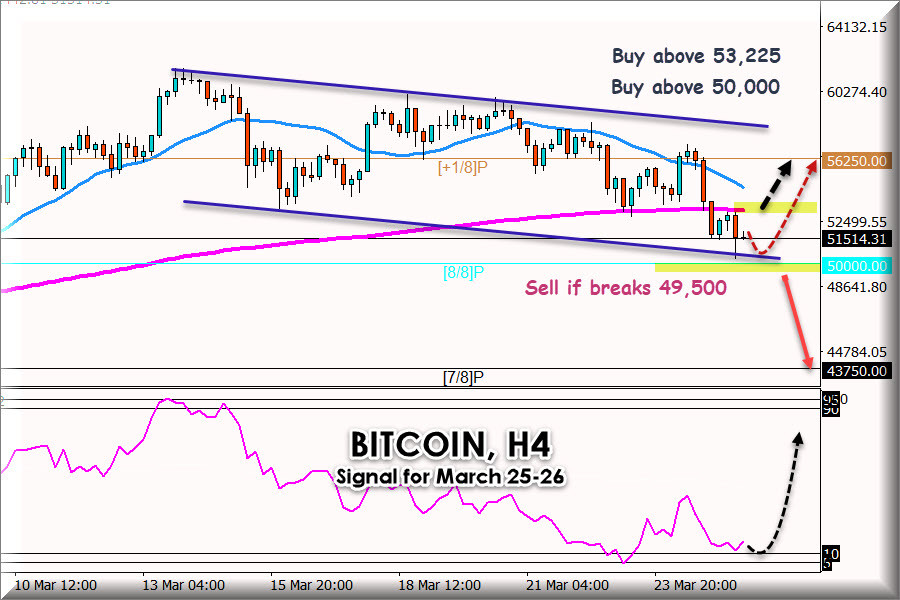 The Bitcoin (BTC / USD), is down for the fifth day in a row against the dollar, having found support at the psychological level of 50,000, and at the bottom of the downtrend channel.

Jerome Powell’s comments deflated investors’ spirits, in which he compared Bitcoin more to gold, which, with the dollar, investors of this asset did not like.

The 50,000 support is key since it is a psychological level and a very strong support, a rebound in this area will give us a good opportunity to buy with targets at 53,225 and 56,250.