In our recent posts about Bitcoin we warned bulls to be very cautious despite the new all time highs. Price was making new higher highs but the RSI did not. This was a clear warning for bulls that the momentum was weakening. In a previous analysis on Bitcoin we also mentioned that as long as price was trading above $56,000 short-term trend would remain bullish and that price should not break out of the bullish channel. 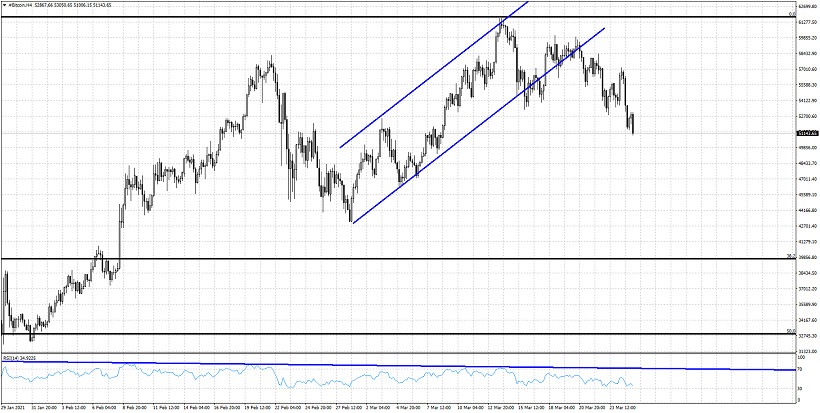 BTC/USD has broken out of the bullish short-term channel. Bulls were warned. Price is now making lower lows and lower highs as it approaches the $50,000 level. Here we find the first short-term support area and next at $43,000. 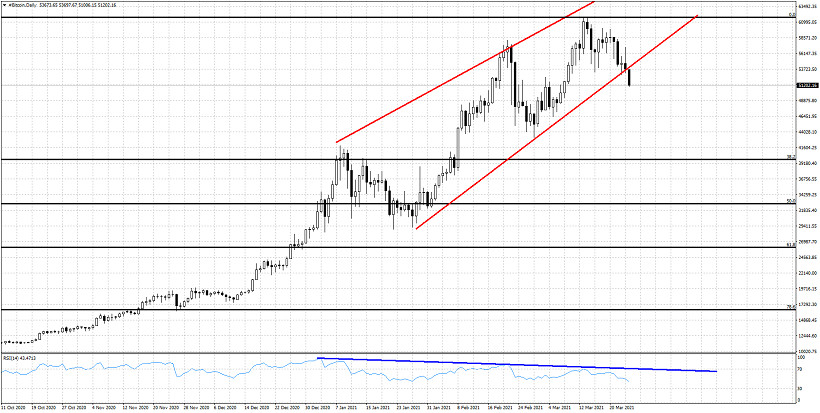 In the Daily chart above we can clearly see the bearish divergence by the RSI as price was making higher highs. Bulls need to be very cautious as we might see a bigger than normal correction in cryptocurrencies over the next couple of months. Price has broken the lower red trend line and is vulnerable to reaching the $43,000-$45,000 level. Major Fibonacci support is at the 38% level or $39,850. Buying dips currently might be very risky as we could be at the beginning of a bigger correction. Traders need to be cautious and patient for a bottom to be formed and a reversal confirmed, before calling a low.