Ethereum has broken below the support neck line of $1,700 and as we mentioned in our last analysis, price was back testing the break down area. A rejection off the resistance of $1,700 that was once support, would lead to a new lower low and eventually towards $1,500. 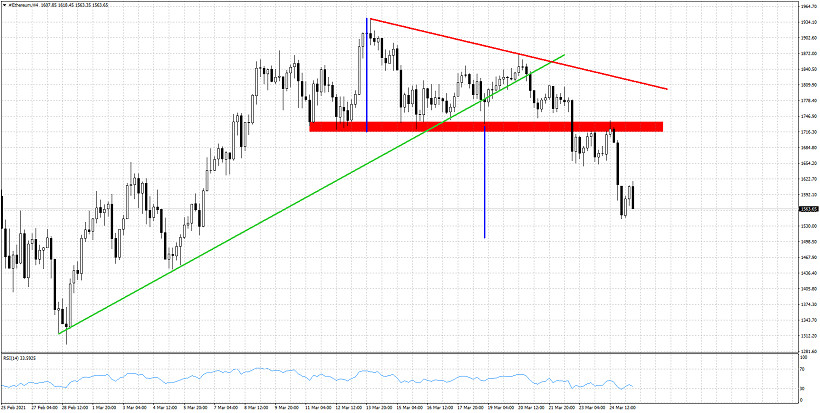 ETH/USD is trading at $1,568 and short-term trend is bearish. The first warning signal to bulls came when price broke the upward sloping green trend line. The second warning signal and most important bearish signal so far came when price broke below $1,720-$1,700 support area. Then we gave $1,500 as short-term target. Yesterday price back tested the resistance that was once support and is moving lower towards our first target. So far price has fallen as low as $1,544. If that level is broken, we should expect Ethereum to continue lower towards $1,500 and $1,430. Resistance at $1,700 remains key for the short-term trend. As long as we trade below it, price is vulnerable.