UK retail sales gauge continues to keep rather weak in March, with sales reflecting a sharp fall once again. The good news though is that expected sales for the month ahead (April) jumped up to +17 from -62 previously, so there is some optimism in the reportFurther Development 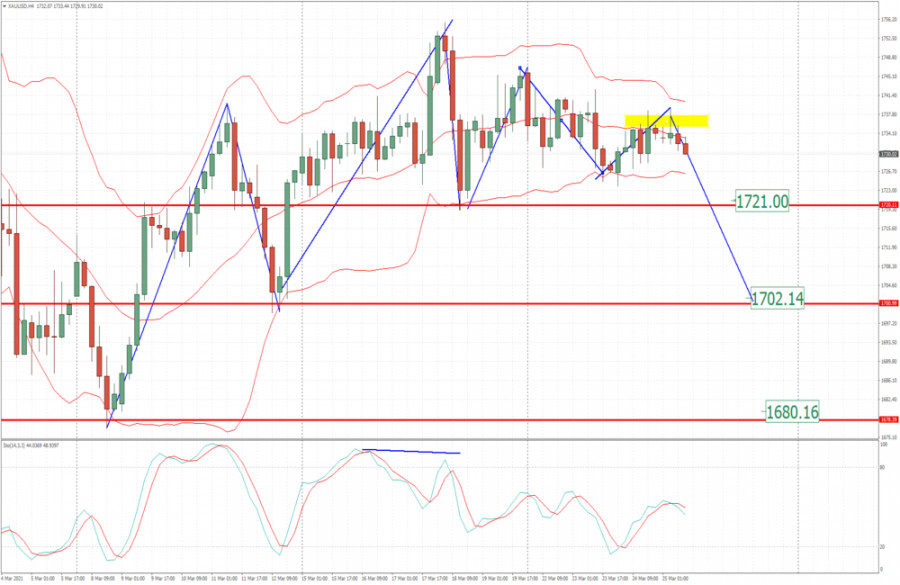 Analyzing the current trading chart of Gold, I found that sellers are in control and that there is potential for the bigger drop towards $1.702 and $1.680.Stochastic oscillator got the fresh new bear cross, which is sign that there is another wave of sellers on the market….. Stil no evidence of any reversal yet…. Key Levels:Resistance: $1.740Support levels: $1.702 and $1.680.