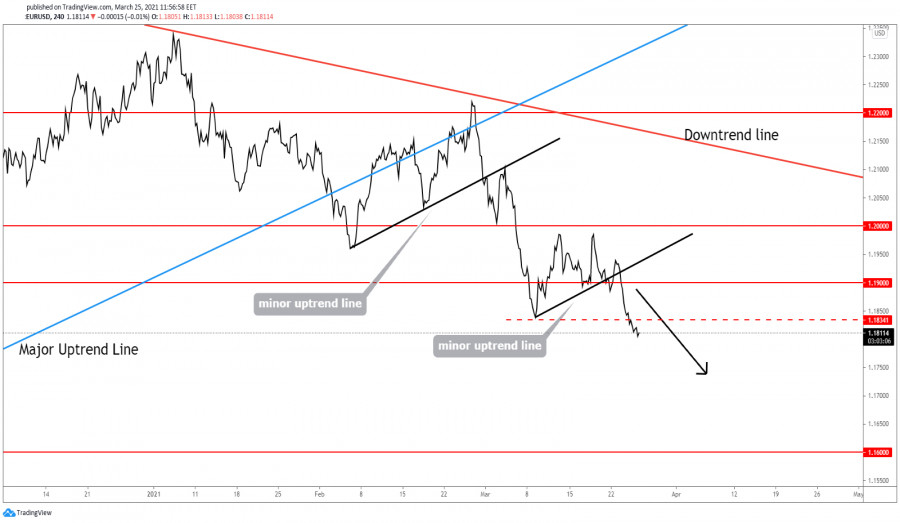 EUR/USD dropped again under 1.19 psychological level and below 1.1834 former lower low signaling further decline. I’ve told you in a previous analysis that EUR/USD will be expected to drop deeper if it breaks below the minor uptrend line.

The bearish bias is intact as long as the rate is located below the major red downtrend line. Its failure to come back to retest it in the last attempts signals a strong drop in the short term.