The euro could not bear the burden of European problems and lost more than 80 points yesterday. This is the development of the third wave of the covid epidemic, Germany even had to extend strict restrictions for a week, this is a reduction in the eurozone’s balance of payments from 36.7 billion euros to 30.5 billion in the January estimate. The New Zealand dollar led the decline on Tuesday, which fell 150 points due to the introduction of the RBNZ measures to cool the housing market (the introduction of new taxes), as housing rose by 23% over the year. News from the US gave additional support to the dollar; Federal Reserve Chairman Jerome Powell, who spoke in Congress, warned of rising inflation this year, his administration is preparing a new infrastructure project worth $3 trillion. dollars. Also, the Fed did not extend the leverage for banks, which allowed them to increase the volume of exchange speculation. Cancellation of such a leverage (SLR) will lead to a fall in the stock market and to a further rise in the dollar in the medium term. 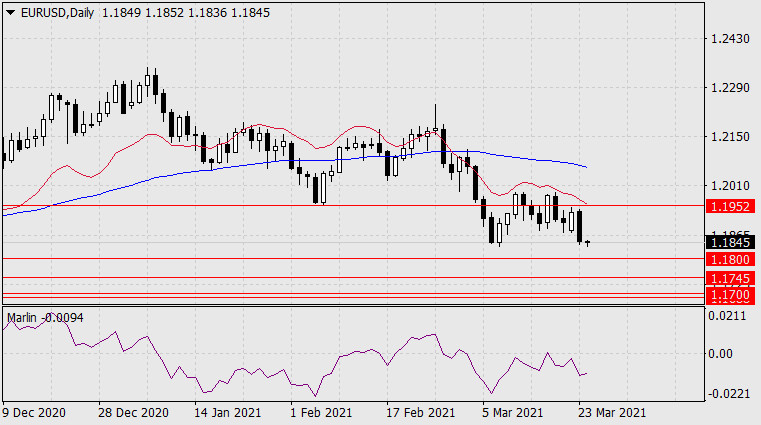 The price has settled below the MACD indicator line on the four-hour chart, while the Marlin oscillator is in a downward position. The price has stopped at the March 9 low, a slight correction is possible here, and then we are waiting for the price to fall. 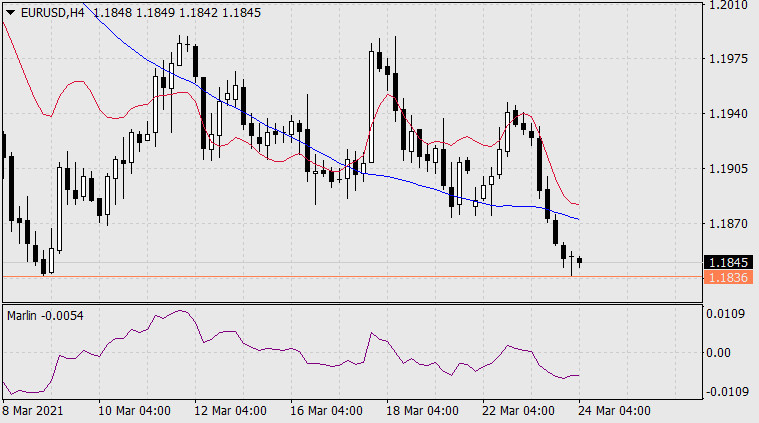