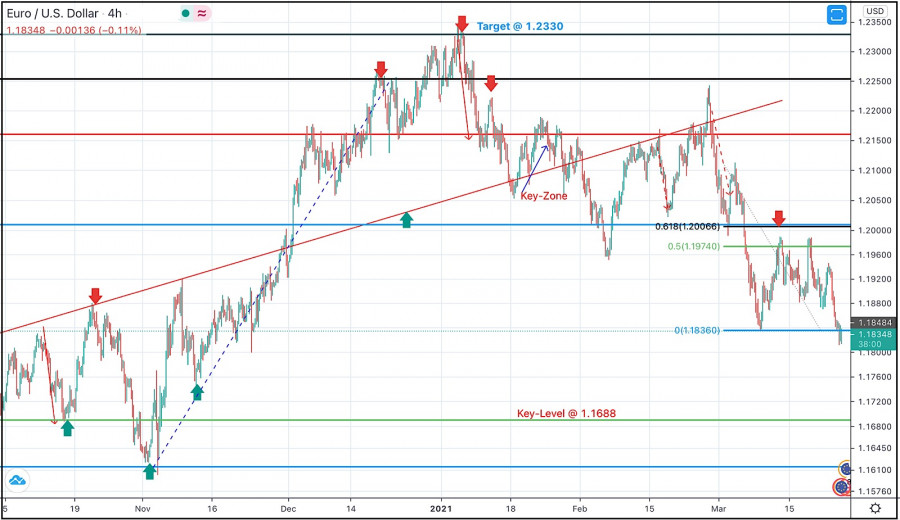 Further bearish decline was expected to pursue towards 1.1960 and 1.1850 which was recently tested.

A Short-term bullish movement was expressed for a rapid re-test around 1.1970-1.2000 (Fibonacci levels) which constituted a prominent Supply Zone as expected.

Further bearish continuation is expected to pursue towards 1.1720 in the short-term as long as the pair maintains its movement below 1.183.