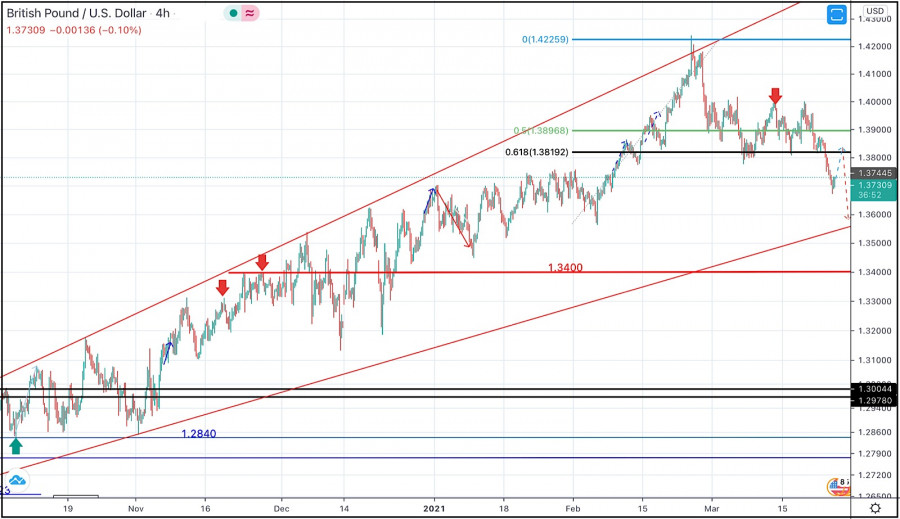 Short-term outlook has turned into bearish after the GBP/USD pair could maintain movement below 1.3820 which corresponds to 61.8% Fibonacci level.

Bearish Persistence below 1.3820 will give solid bearish confirmation. If so, a quick bearish decline towards 1.3400 would be expected.