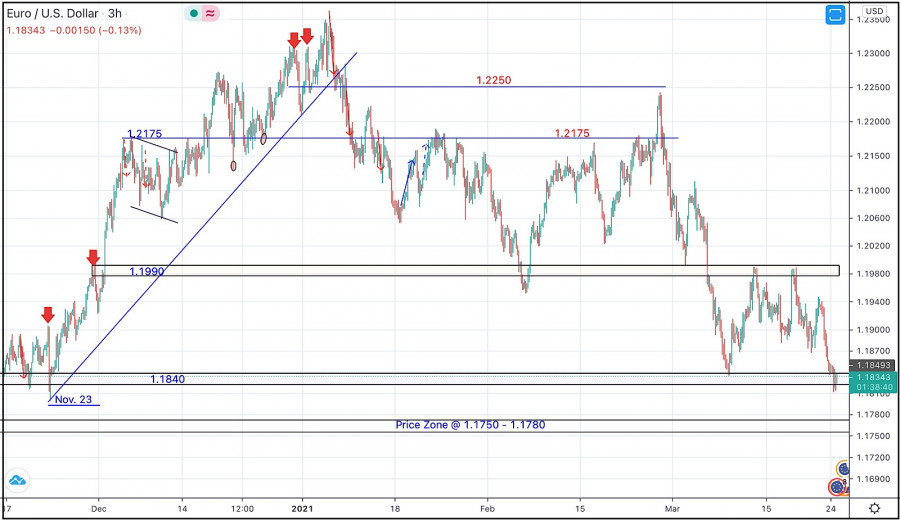 The price zone around (1.1990) corresponds to the previous Weekly Low which provided some temporary buying pressure.

Recent downside movement was expressed towards 1.1840 which constitutes a prominent support level. Early signs of buying pressure were manifested.

The recent upside pullback has pursued towards the key-zone around 1.1990 where signs of downside pressure have recently been expressed twice.

Currently, the price level of 1.1840 (significant demand level) is being challenged with SELLING Pressure. Breakdown below which will probably trigger another downside movement towards 1.1780-1.1750

For intraday traders, the recent upside pullback towards the price levels of (1.1990) was considered for SELLING the EURUSD. S/L should be placed around 1.1870 to secure more profits.

The next target level would be located around 1.1780.