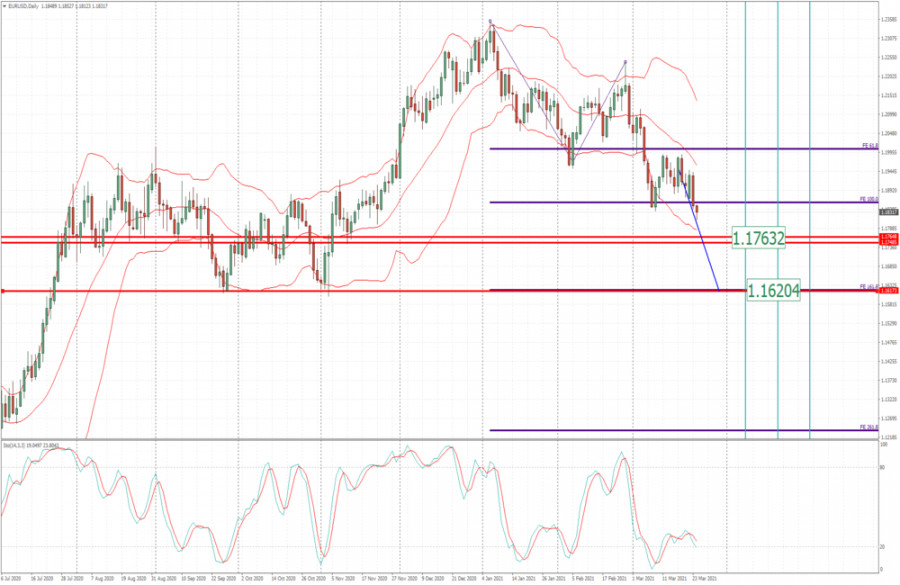 UK March preliminary services PMI 56.8 vs 51.0 expectedPrior 49.5Manufacturing PMI 57.9 vs 55.0 expectedPrior 55.1Composite PMI 56.6 vs 51.4 expectedPrior 49.6That is a solid beat and adds to the optimism surrounding the rebound in the UK economy once restrictions are eased later on in the year.

Analyzing the current trading chart of EUR/USD , I found that sellers are in control as I expected and the EUR is going towards the downside target at $1.1763.

My advice is to watch for selling opportunities on the rallies with the downside targets at $1.763 and $1.620.

Additionally, there is the bear cross on the Stochastic oscillator, which is another sign of weakness.