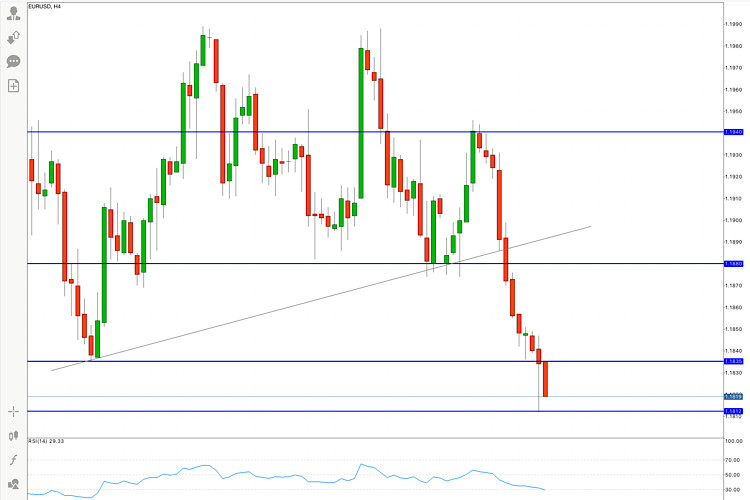 EUR/USD is trading below 1.1850, near levels last seen in November 2020. The dollar benefits from upbeat US prospects while the eurozone is struggling with a sluggish vaccination campaign. Eurozone PMIs significantly beat expectations, allowing the euro to stabilize.

EUR/USD is under heavy selling pressure against the US dollar on Wednesday and has dropped below the previous 2021 trough of 1.1836, hitting a low of 1.1812 before bouncing. With momentum remaining to the downside on the four-hour chart and the Relative Strength Index holding above 30, bears remain in control.