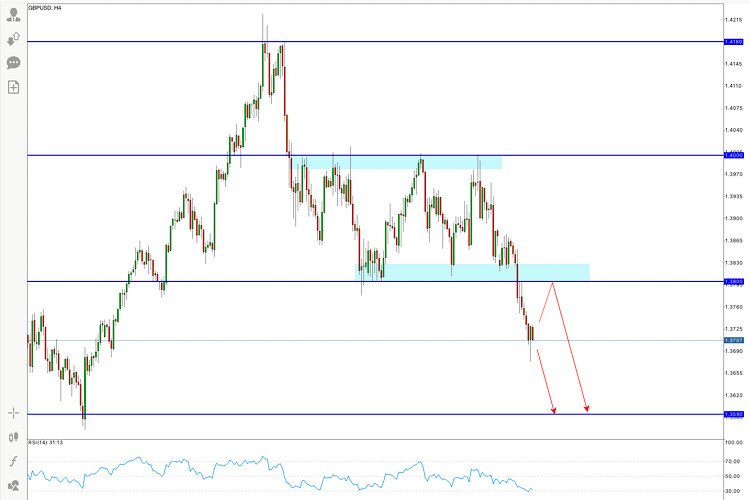 The Cable fell further on Wednesday, extending previous day’s 0.8% drop and hit the lowest (1.3670) since Feb 5. GBP/USD has dropped below 1.37 as the US dollar gains ground across the board. The pound is under pressure as UK CPI missed estimates by 0.4% and amid concerns that the UK’s vaccination campaign could slow down.

The GBP/USD pair has broken below the double-bottom at 1.3775 and uptrend support. It also suffers from downside momentum on the four-hour chart. However, the Relative Strength Index has dropped below 30 – entering oversold conditions and implying a bounce.

The Cable is battling the 1.3680 level which provided support in February. Further down, the next levels to watch are 1.3610 and then 1.3565, both working as cushions around the same time.

Some resistance is at 1.3745, a temporary cap from February, and then the strong 1.3775 level mentioned earlier. Further above, 1.3800 is the critical level to watch which is a previous support breakout point.