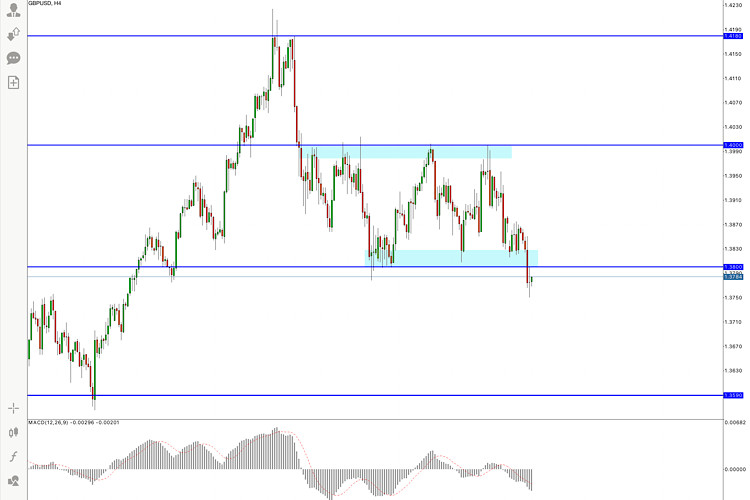 During the prior weeks, the GBP/USD traded in channel down and channel up patterns that represented the rate’s larger scale sideways trading between the 1.3800 and 1.4000 mark.

GBP/USD has dipped below 1.3775, which was the previous March low, and also provided support in mid-February. The dollar is gaining ground ahead of Fed Chair Powell’s testimony. The UK reported an unemployment rate of 5%, better than expected, but a leap of 86.5K in jobless claims.

At current levels, the cable is back to where it was early in February. Momentum remains to the downside and the pair trades below the support breakout zone 1.3800 which is a critical round figure mark to have an eye on.

Some resistance is at 1.3810, a support line from last week, followed by 1.3860. Further above is the upper boundary of the trading range resistance at 1.400 psychological round figure mark