Digital assets have become very popular this 2021. In fact, all throughout February, the main cryptocurrencies hit new all-time highs in the market, reaching a $ 1.6 trillion total capitalization. But it is also for that reason that a protracted correction occurred, which stopped the strong rally in the assets. So now, many investors view the market as oversaturated, expecting a very strong decline soon.

Bobby Lee, co-founder and former CEO of BTCC, claimed that the cryptocurrency market would collapse after Bitcoin reaches $ 300 thousand. He argued that the market is directly associated with demand for decentralized finance. Therefore, once it ceases, price will most certainly start to drop.

Since the beginning of 2021, BTC / USD and ETH / USD are the ones that showed strongest growth among all financial instruments. Bitcoin grew because of its development in terms of resilience and multifunctionality, dramatically changing the ratio of its users. In early February 2021, BTC attracted a very large number of investors, as a result of which the whole cryptocurrency market began to gain more attention as well. It even managed to reach a $ 1.4 trillion total capitalization in just a month. 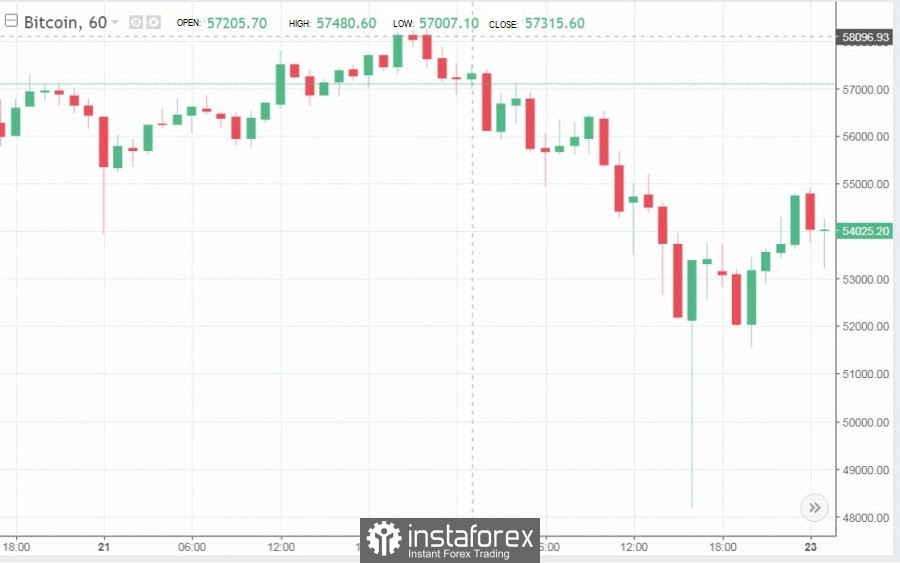 But soon, two important events will occur. First is the upgrade of Ethereum to ETH-2, which will significantly increase demand for transactions in the cryptocurrency network. The second is the decision of the SEC to create the first bitcoin ETF in the United States, which should raise the price of BTC further,. But if not, the main cryptocurrency will collapse to $ 45,000-$50,000.