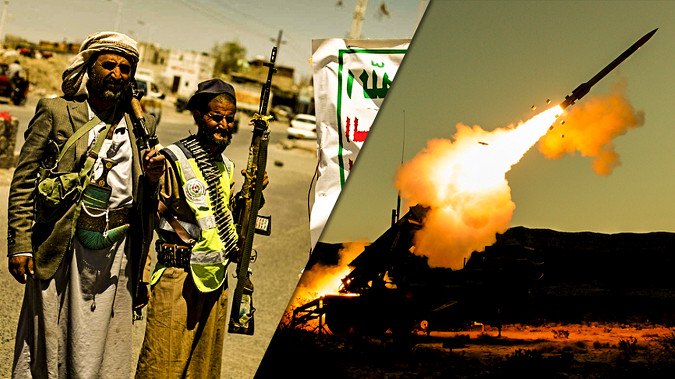 Once again, Houthi rebels launched an attack on Saudi Arabia, targeting its oil facility in the Persian Gulf. They used six drones to drop bombs, intensifying the offensive against Saudi’s energy and security facilities.

The attack led to a fire, but it was fortunately extinguished without causing any damage to oil supplies and derivatives.

There were also no casualties.

Actually, rarely did these attacks claim lives or cause significant damage, but their frequency has increased in recent months, thereby raising concern in the Persian Gulf.

Houthi Armed Forces spokesman Yahya Saree said that as long as there is “aggression and blockade”, the attacks will continue. He also urged civilians to stay away from potential targets and military targets.

Then, several hours later, news emerged that drones also attacked King Khalid air base, which is located in the southern region of Khamis Mushait.

Tensions are spiraling as US President Joe Biden and Iran argue over how to revive the 2015 agreement aimed at curtailing the Islamic Republic’s nuclear program. Biden also pledged to end the conflict in Yemen, which the UN claims has caused the world’s worst humanitarian crisis.

Back in February, former US President Donald Trump classified the Houthis as a terrorist organization after a series of attacks on oil tankers in the Red Sea. But Biden took this back and said it hindered the efforts of humanitarian workers to provide food and shelter to Yemenis living under Houthi control.

The US also ended its support for Saudi Arabia’s offensive operations in Yemen last month, and appointed former senior State Department official Tim Lenderking as the leader for peacekeeping effort.

The Houthis have been fighting the UN-recognized Yemeni government since 2014 and have taken over Sanaa and parts of the country.

Disputes have escalated as the US intensifies diplomatic efforts to end hostilities. But insurgents seek to seize the strategic city of Marib, an oil-producing region and a government stronghold. To date, the battle has spread to other areas, including Taiz and Hajja.

The Houthis said that before they agree to any ceasefire, they want the air raids led by Saudi to end, and the blockades imposed on parts of Yemen to be lifted.