The Australian dollar opened with a falling gap on Monday, which is another sign of a downward trend formed according to the indicators: the price is below both indicator lines, while the Marlin oscillator is forcibly penetrating the bears’ territory. But in the interests of the market (in order to develop a downward momentum), it is advisable to close the gap today. We are waiting for the gap to close and the price to fall to the first target level of 0.7615. 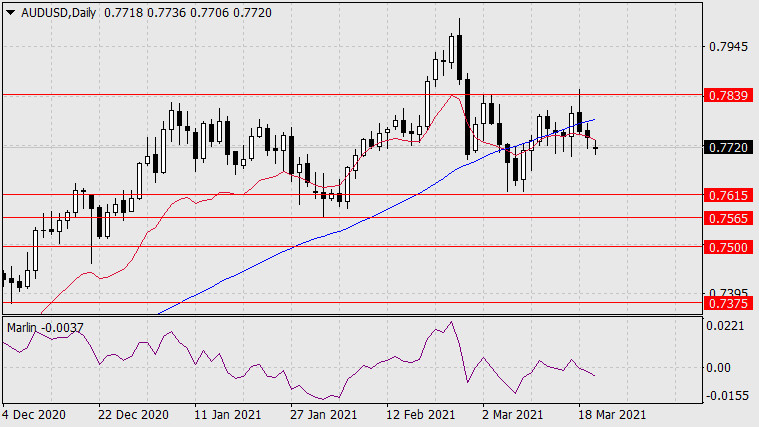 The first downward momentum stopped at the MACD indicator line on the four-hour chart. Getting the pair to settle under it, below 0.7706, will help in developing the downward momentum so the pair can reach the 0.7615 target. But first, it is likely that the gap will close as the price rises to 0.7750. 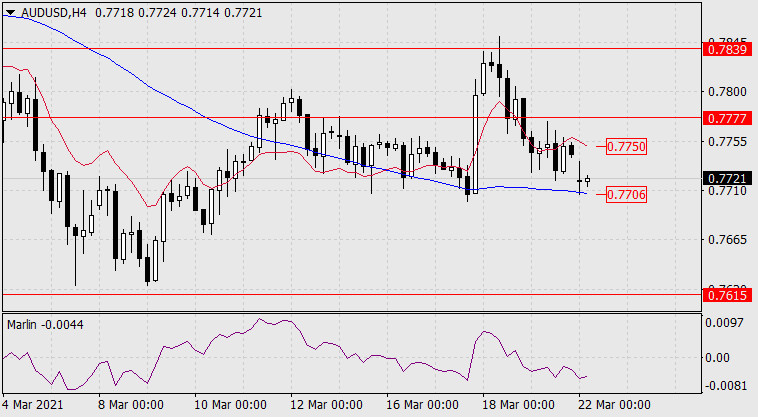