Yesterday, the market was slightly shaken by the Federal Reserve’s optimistic economic forecast for the United States, but these forecasts are still insufficient for the development and continuation of risk sentiment. The price went slightly above the target level 1.3950 and shows an intention to turn down. Such a sign is now shown by the Marlin oscillator, which is unfolding to the downside from the border of the growth territory. 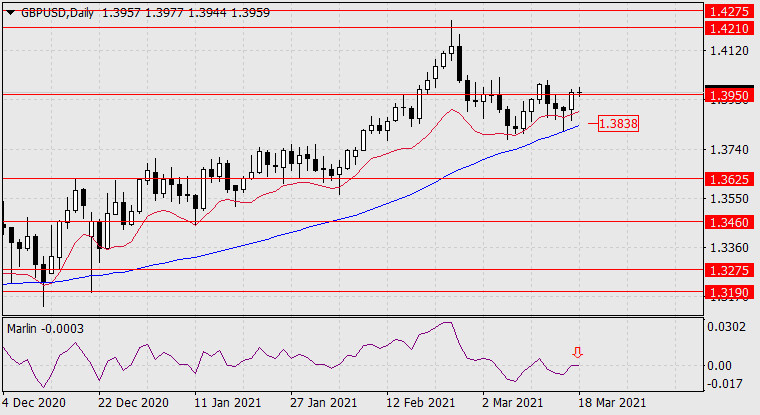 The price settled above the balance and MACD indicator lines on the four-hour chart, while Marlin entered the zone of positive values and this indicates the complexity of the expected reversal. The reversal will complete when the price returns under the MACD line, below 1.3870. Of course, the price may rise a little more (at least for speculative reasons), so we advise you to wait until a more stable technical situation is created. 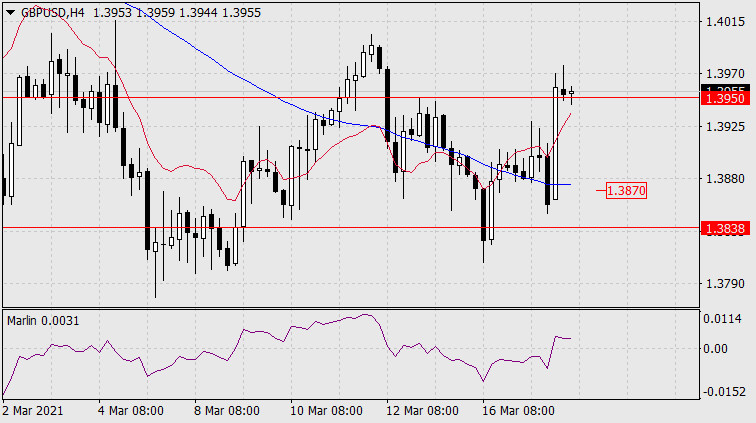