On Wednesday evening, the Australian dollar was already preparing for a further decline, anchoring under the Kruzenshtern indicator line and waiting for a signal from the Fed. The signal came “everything is fine in the US” and investors decided that buying risk-stocks and counter-dollar currencies would be the best solution. In our opinion, such a message to the markets will turn the currencies in the traditional downward direction in the medium term, we can only wait for its cooling and new interpretations from the beginning of the new week. 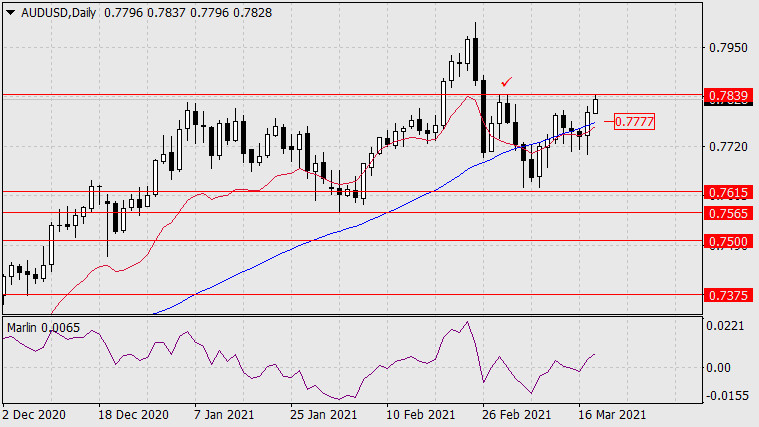 Based on the daily chart, the price reached the tops on March 2-3, and we can already see here a good moment for a downward turn, but we need to wait for the market’s decision. We do not recommend buying, we are waiting for the price to go under the Kruzenshtern indicator line, below the 0.7777 mark. Then the target of 0.7615 will become relevant again. 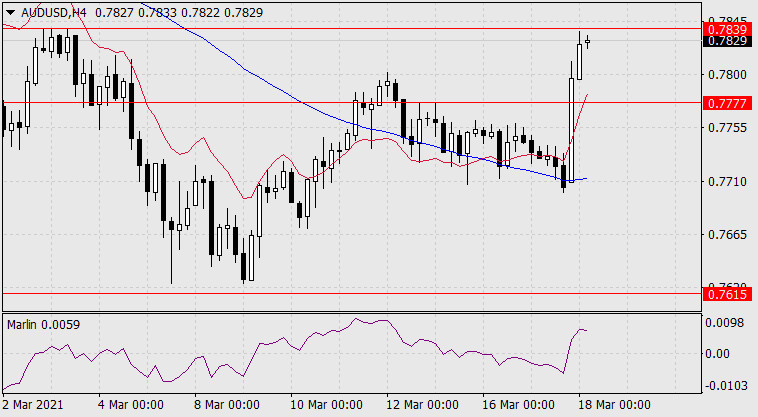 According to the four-hour scale chart, the price went up from the Kruzenshtern line. The technical impulse worked in the opposite direction. Now, waiting for the price to return to the original positions can take about two to three days. We are waiting for developments.