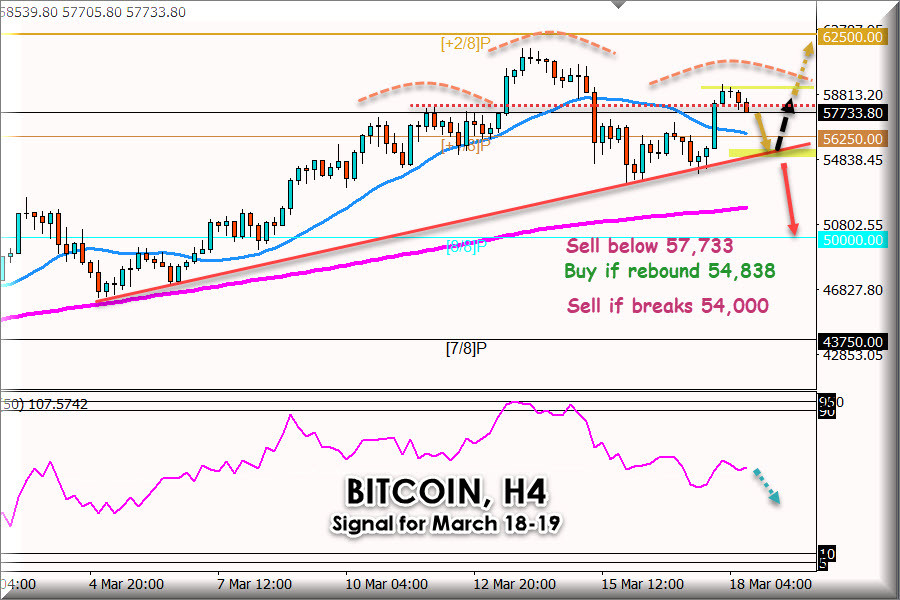 The leading cryptocurrency Bitcoin is trading slightly below $ 58,000, although the bullish force of Bitcoin is still intact, buyers still want more and their next target will be the $ 62,500 zone, there is the +2/8 of murray extreme zone overbought.

Consolidation above the psychological level of $50,000 is a sign that in the medium term, there could be a new high reaching the level of $70.000 and up to $85,000. As long as Bitcoin remains above 50k we expect future bullish movements.

In the chart, we have plotted the formation of a shoulder, head, shoulder pattern, a few days ago we pointed out this pattern. Apparently, the right shoulder would be forming, which if the Bitcoin trades below $ 58,000, the correction can take it to the zone of the 200 EMA around $51,150.

Also, the 4-hour uptrend channel is still intact, which may give you a further bullish momentum if the channel support bounces around $54.838, this is a good buying area.