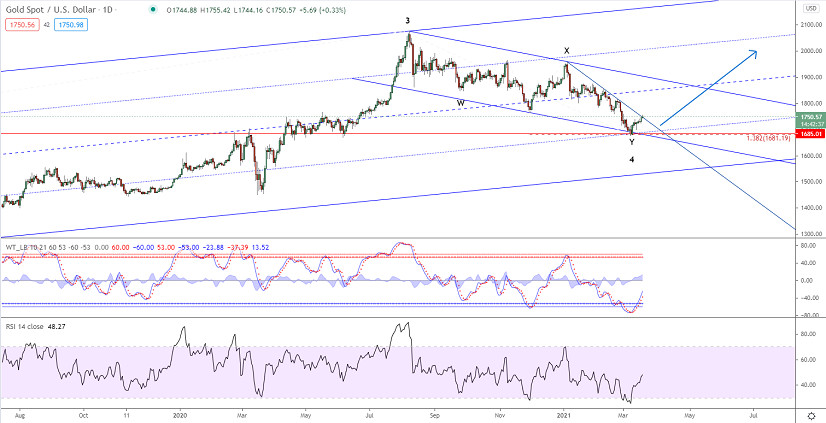 Gold is breaking above the minor resistance-line from 1,959 indicating that wave 4 indeed completed with the test of 1,677 and wave 5 is ready to take over for a rally past the peak of wave 3 at 2,075. It’s worth to remember, that fifth waves in the commodity complex often becomes extended waves. The most common extension is where wave 5 becomes equal in length to the distance wave 1 through wave 3 has traveled. If wave 5 extends with this factor the target for wave 5 is seen at 2,704. However, wave 5 can extend much more than the 100% distance of wave 1 through wave 3, but only time will tell.