Yesterday, the British pound lost 90 points, due to the EU’s lawsuit against the UK about its violation of the Brexit treaty in terms of regulating the border in trade with Ireland. It ended the day by losing only 8 points, but there is still no reason for the pound to rise. The price touched the support of the MACD line (1.3808) on the daily chart. Today, as a result of the Federal Reserve meeting, the price is likely to try to overcome the MACD line for the second time, which will open the way to the first target of 1.3625. Numerous reversals occurred from this level in the past winter from December 17 to February 3. Furthermore, the continuation of the fall to 1.3460 is possible. The Marlin oscillator is in a downward trend and it is a leading indicator. 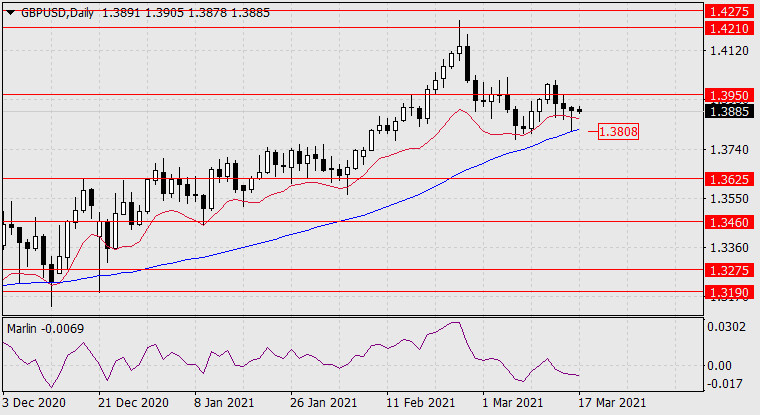 The price currently lies on the MACD indicator line on the four-hour chart. Getting the pair to settle below it will launch a movement for it to overcome 1.3808. Being able to settle below the level opens the first target (1.3625). 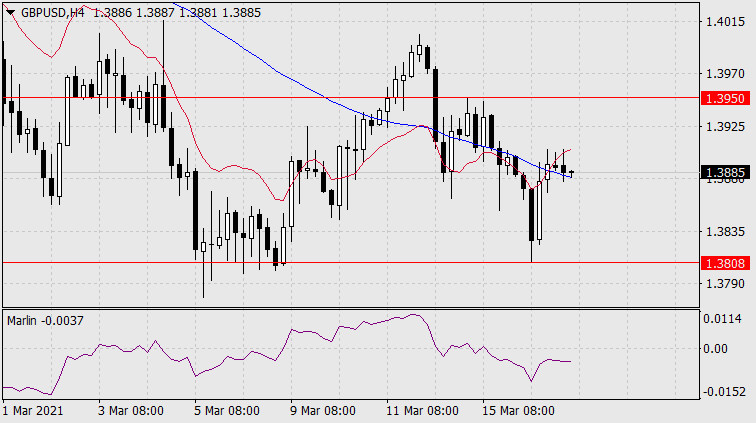