The US Central Bank will hold its monetary policy meeting today, and the results will be known tomorrow, Wednesday.

In the wake of expectations of the Fed’s final decision on monetary policy on Monday, stock markets expectedly consolidated on the same ranges as commodity and currency.

Why did investors behaved like this and what do they expect from the world’s largest regulator?

It was previously repeatedly mentioned that the US Congress’ decision on the new $ 1.9 trillion stimulus measures to support the national economy, as well as the existing various stimulus and support measures, will cause a sharp inflation growth in the US. These concerns led to the sale of Treasuries in the government debt market, which inevitably resulted in a strong increase in the yield of these securities.

In fact, the worries of investors in the debt market are justified. If the inflation pressure continues, it will inevitably force the Fed to reduce the purchase of government bonds, which forces their owners to get rid of them. At the same time, the growth of interest rates in the bond market supports the demand for the dollar and will put pressure on the interest in buying company shares in the future. Therefore, the markets are eagerly and cautiously awaiting not only the Fed’s final decision, which is likely to remain unchanged, but also the press conference of its chairman, J. Powell.

What is expected from Powell personally?

There is no doubt that the market expects the confirmation of the firmness of the Fed’s position and maintains all previously assumed obligations. First, it is the continuation of the purchase of Treasuries, despite the continued growth of inflation in the country. Second, it involves the implementation of an ultra-soft monetary policy, expressed in ensuring further stimulus measures and keeping all interest rate levels unchanged, at least until the end of this year. Most importantly, we need a full guarantee of the unchanged monetary rate even in view of inflation growth above the previously target level of 2.0% in order to stimulate economic growth.

If Mr. Powell mentions all this in one form or another, it will lead to a recovery in demand for the companies’ shares and will further restrain the sale of Treasuries. In this case, the US dollar will be under pressure again. How strong it will be will depend on the Fed’s Chairman tone of speech.

It is expected that he will talk about the things that the markets want to hear, but it is unlikely that his speech will be generally “dovish”. Therefore, a surprise may possibly occur.

The EUR/USD pair is trading without noticeable changes ahead of the Fed meeting results. We believe that it will continue to consolidate in a quite narrow range of 1.1865-1.1990.

The USD/CAD pair is trading around the level of 1.2470 amid consolidating crude oil prices and the publication of Canadian consumer inflation data this week. We believe that if the pair falls below this level and consolidates, it may further decline to 1.2400. 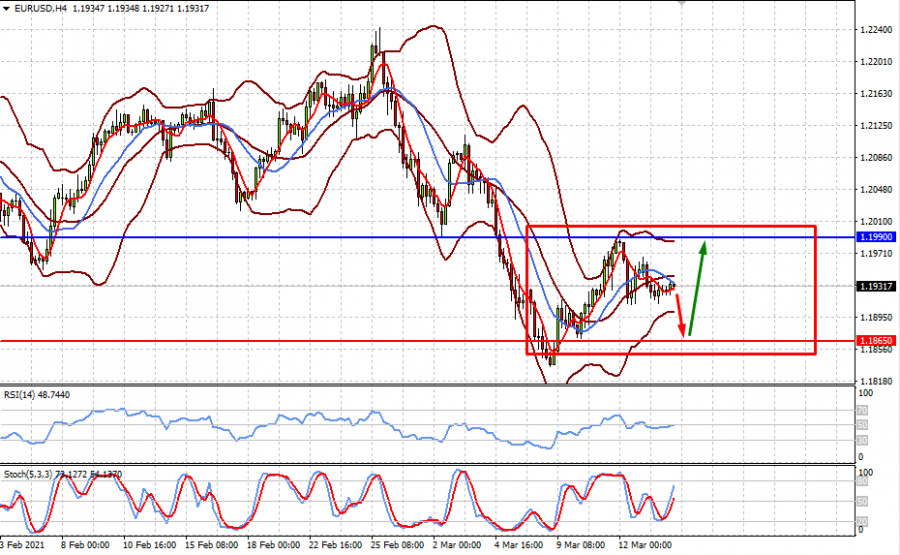 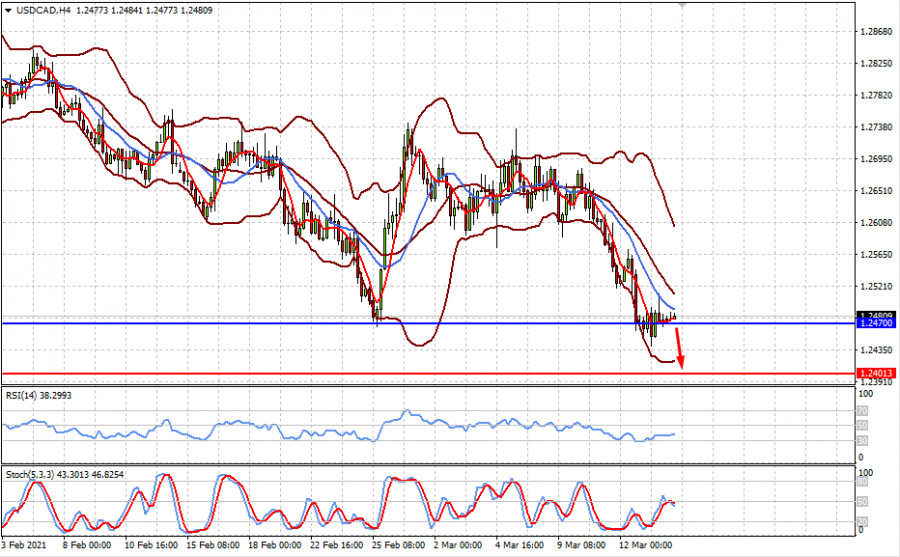