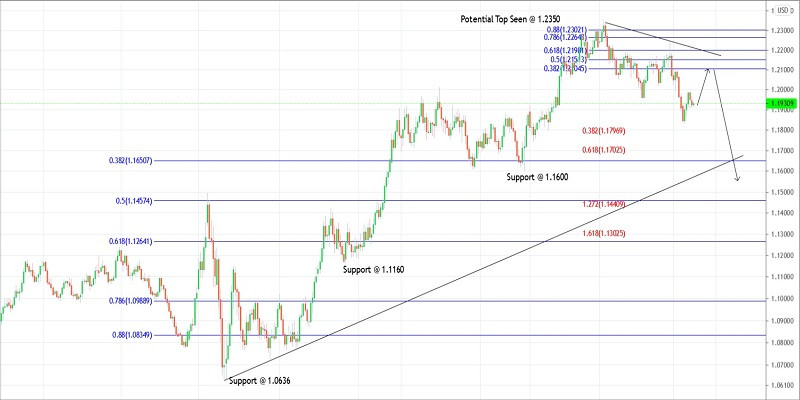 EURUSD continues to move sideways since yesterday in a tight range between 1.1910/35 levels. It is expected to break higher towards 1.2040/50 at least, and up to 1.2080 mark to complete its counter trend rally that had begun from 1.1835 lows. Also note that near term support comes in around 1.1895 levels, and EURUSD can drop until there before turning higher again.

The single currency pair is seen to be trading close to 1.1935 at this point in writing and could break higher towards 1.2040/50 from here. Immediate support is seen at 1.1835, while resistance is fixed at 1.2242, followed by 1.2350 levels respectively. EURUSD bulls might remain inclined to extend its counter trend rally before giving in to bears.