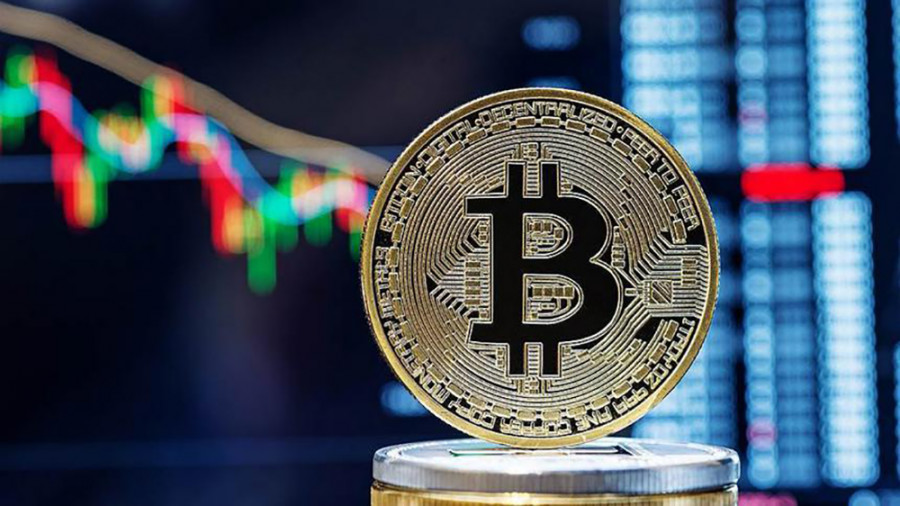 Bitcoin continues to grow. During the trading on Saturday, it broke its previous high, exceeding the value of $ 59,000 per coin. In the next few hours, the cost of one “cue ball” may exceed $ 60,000. Thus, the decline in BTC quotes a couple of weeks ago turned out to be a banal correction, and the markets show with all their appearance that they are going to continue investing in bitcoin. Although bitcoin has a fairly large number of factors to stop the growth, so far traders and investors take into account only those factors that speak in favor of continuing growth. This is confirmed by various opinion polls among investors, which show that interest in the “cue ball” is growing and is likely to remain high until the global economy stabilizes. For example, according to the Nickel Digital cryptocurrency fund, about 40% of institutional investors purchased bitcoin to protect against inflation (which, by the way, is not growing at a high rate in America). More than 85% of investors plan to increase their investments in cryptocurrencies over the next two years. About 56% of respondents believe that the growth of the “cue ball” will not be so strong, but it will continue. We also recall that earlier similar opinion polls were conducted by the investment bank Goldman Sachs. The results of this survey showed that the bank’s customers believe that bitcoin will not fall below $ 40,000 per coin in 2021. About 40% of the surveyed clients own digital assets, and about 60% of the respondents believe that bitcoin will continue to rise in price. Thus, the mood of large investors can be considered positive, which probably gives strength to bitcoin. Inflation in the United States, as in the rest of the world, may indeed jump in 2021, given the trillions of dollars and euros that have been poured into the economy. Against the background of investors’ fears for inflation, the yield of treasury bonds in the European Union and the same States is also growing. Thus, at the moment, it is still possible to conclude that it is the global changes in the economy over the past year that have caused the strong growth of bitcoin. 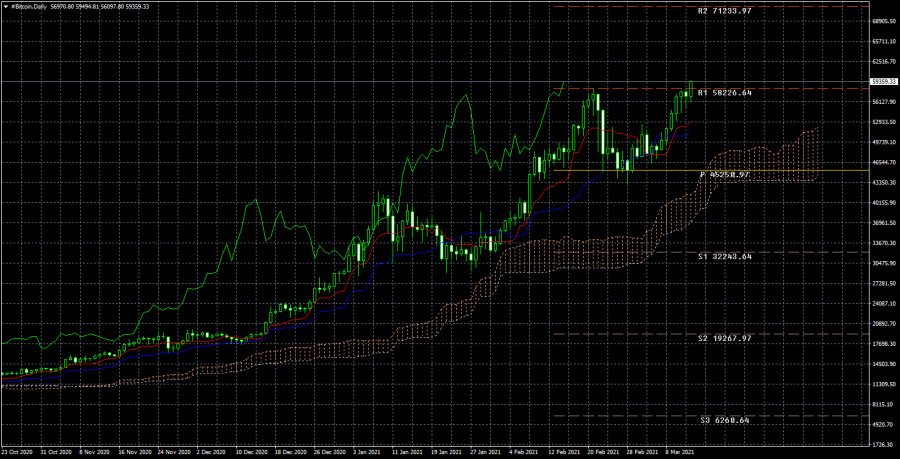 As for the technical picture, the important support area of $ 43,000 – $ 44,000 stood, however, there was only one test of this area. So now everything looks very clear and understandable. Traders have slightly adjusted the “digital gold”, now you can start a new wave of asset purchases. Thus, according to the Ichimoku system, the upward trend remains, and the price has already overcome the previous high, and at the same time the resistance level of $ 58226. Consequently, the growth of quotes of the “cue ball” is likely to continue in the near future. Fundamental factors still speak in favor of bitcoin, but no one knows when a new wave of sales of the crypto asset will begin. Therefore, you should never forget about Stop Loss.