Yesterday’s European Central Bank meeting passed in the expected manner – while maintaining the rate (in the context of expectations) from the second quarter, the central bank will increase the volume of purchases under the PEPP program. But ECB President Christine Lagarde said that in the presence of such plans, there is no final decision on the specific volume. In fact, this was only a weak verbal attack, and so traders did take a significant action. In general, without any incentive, the markets won back against the dollar.

The euro’s growth for the last three days amounted to 38.2% of the movement from February 25 to March 9, meanwhile there was a reversal from the border of the growth area for the Marlin oscillator on the daily timescale. A convenient moment for a reversal and (given the current neutral position of the ECB) the price to move down to the previously indicated level of 1.1800. But if the correction continues, the price’s behavior will become more unpredictable in the future, and the first thing it will do is to roam between 23.6-61.8% Fibonacci levels. The MACD line passes in the area of the 61.8% level and this limits the upper ceiling of uncertainty. 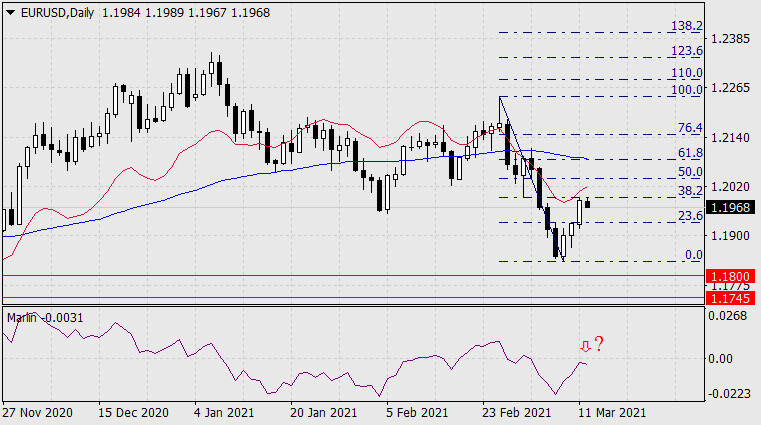 Of course, there is another scenario from a fundamental perspective – if the ECB did not create a negative momentum for the euro, then it will be created by the US Treasury. US President Biden is set to sign a plan for a stimulus package worth $1.9 trillion. The administration has announced the preparation of new large-scale investment plans in the medical industry. All this preserves our main scenario of the euro falling by several figures. 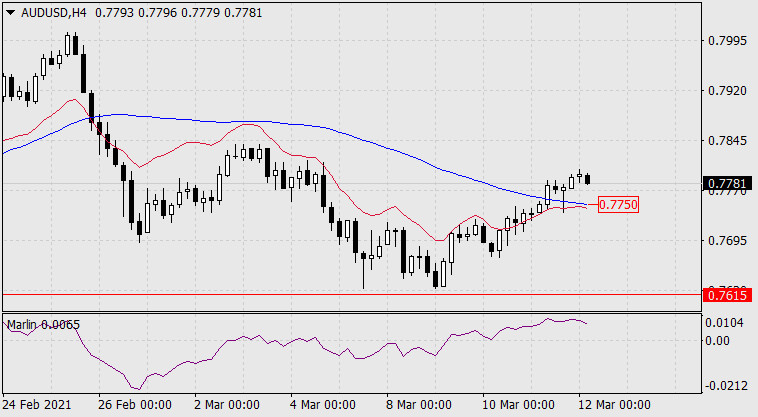 The price has settled above the balance and MACD indicator lines on the four-hour chart. The Marlin oscillator is high and slightly reverses. As a result, we recommend waiting for the development of today’s events. It is clear that the ECB yielded to the activity of the Federal Reserve and the Treasury, and now they must have their say.