The USD/JPY pair left the borders of 109.00 mark amid the general weakening of the US currency. Over the past three weeks, starting from February 23, the price has been sharply rising, breaking through all resistance levels. As a result, the indicated pair surged by more than 400 points – from the level of 105.00 to the annual high of 109.24. However, USD/JPY buyers did not manage to consolidate in the area of the 109th price level: the dollar ceased to enjoy its former demand amid falling Treasury yields. At the same time, the upward trend continues to be in force, so temporary price declines can be used as an excuse to open long positions.

At the close of yesterday’s US trading session, the US Congress finally approved the so-called “American Rescue Plan” – a package of additional assistance to the country’s economy in the amount of 1.9 trillion dollars. The markets actually ignored this fact, since all other decisions on this issue after the Senate’s approval of this bill were technical. In the Lower House of Congress, Democrats feel confident with enough votes in reserve, contrary to the Upper House, where the ratio with the Republicans is 50/50 along with the decisive vote of Vice President Kamala Harris. Therefore, the congressmen easily approved the document and sent it to Joe Biden for signature. It is expected that the first payments and the corresponding tranches will be made within the next two weeks. The US economy will be pumped with money, and traders will monitor inflation and GDP indicators, which may show an acceleration in growth. In particular, Wall Street Journal experts believe that the US GDP will increase by almost 6% this year. It should be noted that such rates have not been observed since the beginning of the 80s. 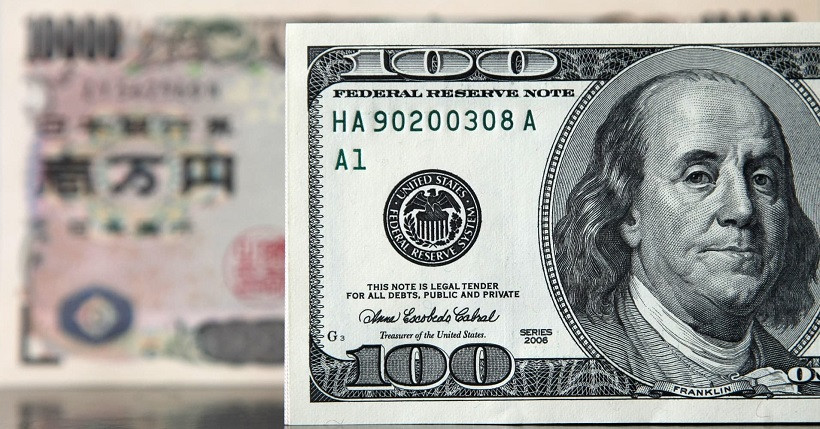 The final approval of the important bill was a widely expected event, therefore, the US dollar did not show increased volatility that time. In any case, the American Rescue Plan will provide significant support to the US dollar in the medium term (not to mention the long term consequences) and most importantly, while paired with the Japanese yen, which is also caught up with its own issues. As an example, the USD/JPY pair showed a 40-point growth during the Asian session on Thursday, although the US dollar index fluctuated in a quite narrow range, actually standing still. This suggests that the dollar bulls are still in control of the pair and are ready to continue the upward trend.

On another note, the downward correction of the USD/JPY pair was caused not only by the US dollar’s weakening, but also the rumors circulating around the media that the Japanese regulator may allow free fluctuations in bond yields in a wider range. To simply put, the Bank of Japan allegedly intends to weaken control over the bond yield curve on its next meeting, March 19. This information first appeared in the Japanese press, where the journalists referred to anonymous sources. Later, other information (also unofficial) appeared in the media, indicating that the Japanese Central Bank only discusses such intentions in a hypothetical way. In other words, this fundamental factor did not support the yen for long, due to its inconsistency.

In contrast, the “actual” fundamental factors put pressure on the Japanese currency. This week, the final data on Japanese economic growth for the 4th quarter was published, which was revised downward. In quarterly terms, the Japanese economy increased by only 2.8%, against the forecasted growth of 3.2% and the previous value of + 5.3%. As for the annual terms, the volume of GDP rose by 11.2% from the previous value of + 12.7%. The rate of capital expenditures on capital goods and equipment also slowed down. The expenditures of Japanese households noticeably fell as well, which will inevitably be reflected in the growth of inflation. The foreign trade also suffered: Japan’s exports fell by 12%. Overall, the Japanese economy experienced the strongest decline since 2009 at the end of last year. 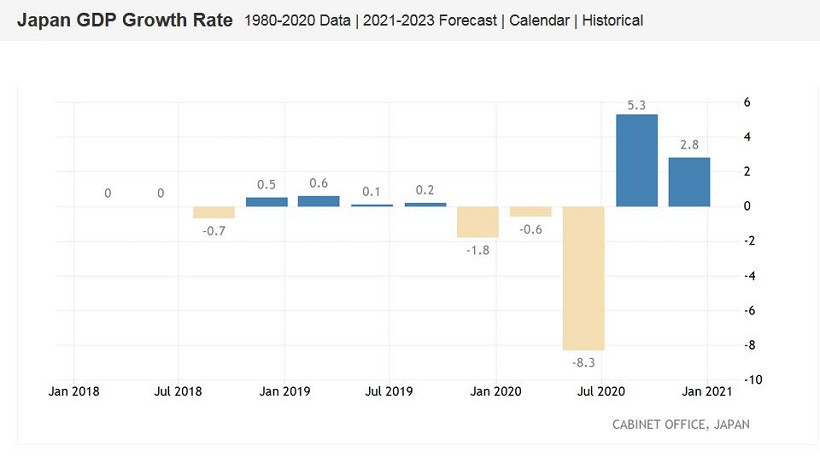 In view of such dynamics, the Japanese yen cannot oppose itself to the US dollar, especially considering the recent American fundamental events – strong Nonfarm, relatively good inflation data, approval of a large-scale aid package, etc. All this suggests that the upward trend for the USD/JPY pair is still in effect, despite a slight downward pullback.

The technical picture of USD/JPY also speaks in favor of moving upwards. On the daily chart, the pair is located above the Kumo cloud of the Ichimoku indicator and above all its lines. The bullish signal “Parade of Lines” indicates the potential for further price growth. In addition, the pair is located between the middle and upper lines of the Bollinger Bands indicator. This also indicates the bullish sentiment of traders. As the nearest upward target, we can consider the level of 109.30 – this is the resistance level corresponding to the upper line of the Bollinger Bands indicator on the D1 time frame.