NZDUSD is trading again above 0.72 after pulling back and challenging the major support level of 0.71-0.7150 by the lower channel boundary. Bulls have managed to hold price inside the upward sloping bullish channel and with price now bouncing higher, we might even see them challenge the recent highs. 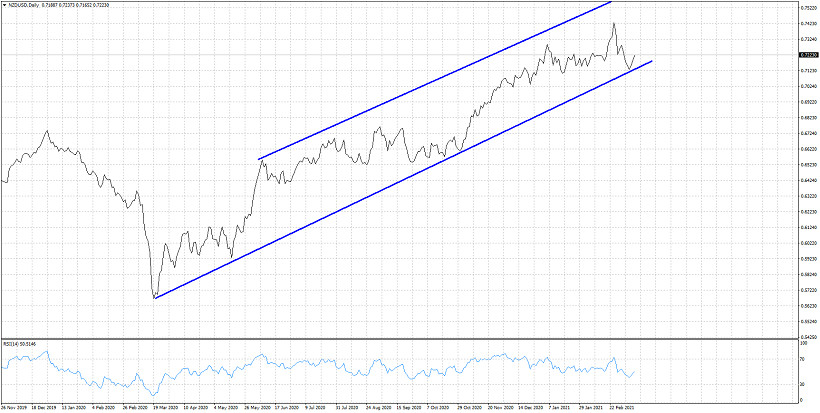 NZDUSD has respected the lower channel boundary. Bulls are pushing price higher. Will we see another higher high towards 0.75? If support at 0.7150-0.7130 holds, then yes most probably price will reach new highs. The RSI so far has provided us one bearish divergence. This was a warning to bulls. If support holds at 0.7150-0.7130 we will most probably see a lower high in the RSI and a new bearish divergence. If this happens then bulls better take profits.

Concluding, trend remains bullish as long as price is above 0.7150-0.7130. Target 0.75. Break below the support area and we might see heavy selling pushing price towards 0.68.