EURUSD is trading at 1.1988 and has reached the 38% Fibonacci retracement target of the decline from 1.2242 to 1.1835. As we mentioned in previous analysis, this bounce was both justified and expected. 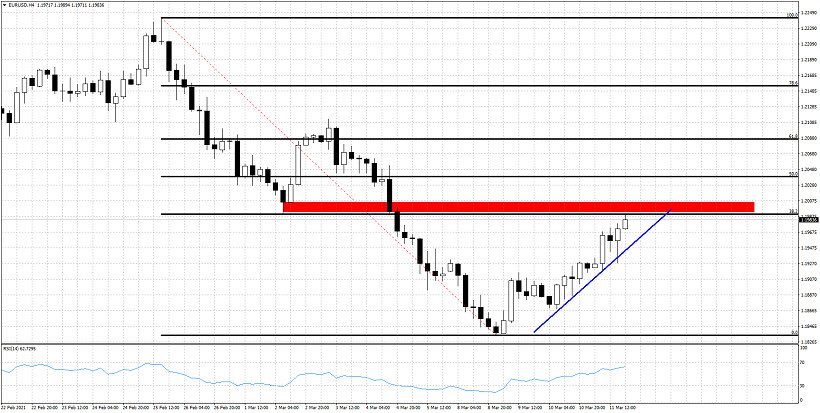 EURUSD has reached important Fibonacci levels. Price could continue higher towards the 61.8% Fibonacci level as long as it stays above the blue trend line support. This support is now at 1.1945. Holding above this level is crucial for short-term bulls. A rejection at the red rectangle resistance could be the start of the next leg lower. This we believe is the most probable scenario. A new low below 1.1835 is the most likely scenario as long as price is below 1.21. We consider this upward move just a counter trend bounce. We are expecting EURUSD to get rejected and move lower from 1.1990 or next major resistance at 1.21. First sign of weakness will be the break below the blue trend line.