Yesterday’s macroeconomic calendar appeared to be entirely empty when looking at it for the first time, so the Euro currency declined by inertia. Now, the trend that began at the end of February is continuing. However, the pound sterling is still in one place, and the UK did not publish anything yesterday either. On the contrary, individual countries in Europe published something. For example, Spain’s rate of decline in industrial production surged from -1.5% to -2.2%, against the expected slowdown to -0.8%. However, its statistics are not so important compared to German ones. Unfortunately, things are worse in Germany. Here, the 1.0% growth of industrial production was replaced by a decline of -3.9%. Therefore, we can say that the industrial growth was extremely temporary. The industry grew for only one month, and then followed by a decline again. It is worth noting that this is about the largest economy in all of Europe. So, this is already quite a serious reason for the euro’s weakening. 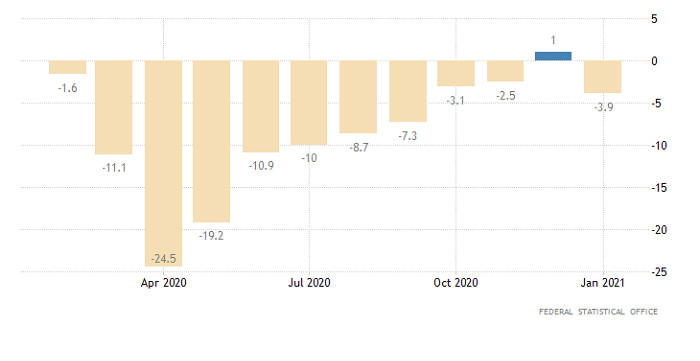 Today, Europe will release its third estimate of the GDP for the fourth quarter, which should confirm again the acceleration in the economic downturn from -4.3% to -5.0%. However, it is unlikely that these may result in the weakening of the Euro currency. This is because investors already expect such numbers. However, the trend of weakening of the single European currency will not go away. After all, there is a slowdown in the rate of economic recession in the US. To simply put it, the European economy is experiencing a deepening recession, while the American one is recovering.

In addition, Italy’s rate of decline in industrial production for January may rise from -2.0% to -3.8%. Consequently, the economic downturn in Europe is only getting worse, which clearly does not positively affect the euro. In turn, the pound may continue to stand still, as nothing will be published in the UK today just like yesterday. 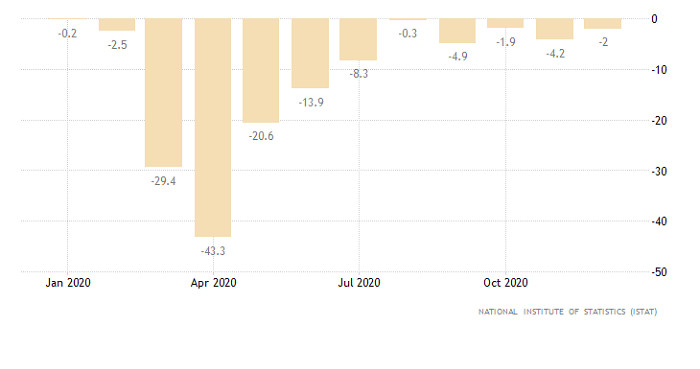 The Euro currency managed to noticeably weaken its position, declining below the area of November 2020, that is, 1.1850. Such a sharp downward trend could locally oversold short positions, which may result in a pullback followed by stagnation at 1.1800/1.1900.

The GBP/USD pair started the trading week with a market stagnation in the range of 1.3780/1.3870. It is very possible that such a bright accumulation may lead to speculative activity, where it is worth working on the breakdown of a particular border.