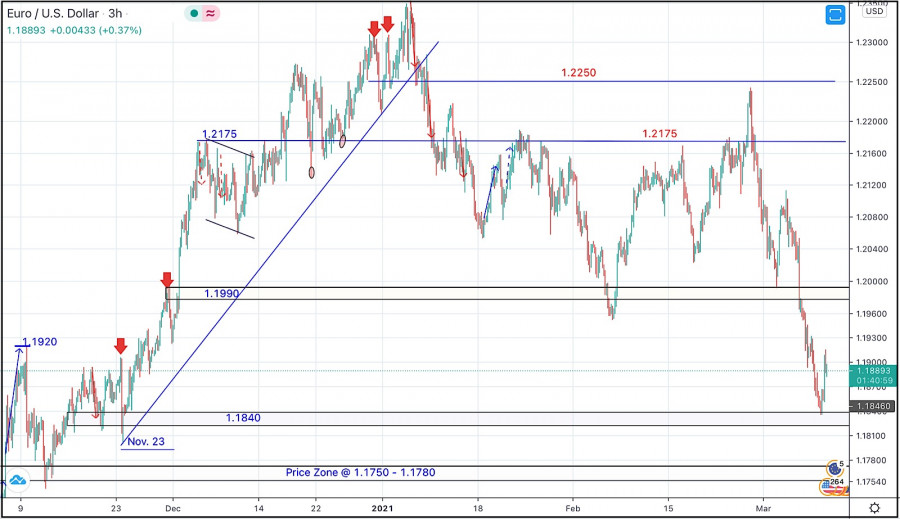 Recent downside movement is currently being expressed towards 1.1840 which constitutes a prominent support level. Early signs of buying pressure are being manifested

Intraday traders were advised to have another SELL Entry upon a break to the downside below 1.1990. Now, Stop Loss level can be lowered to 1.1930 to offset the associated risk.

Initial Target level was located around 1.1840 remaining target is located at 1.1780.