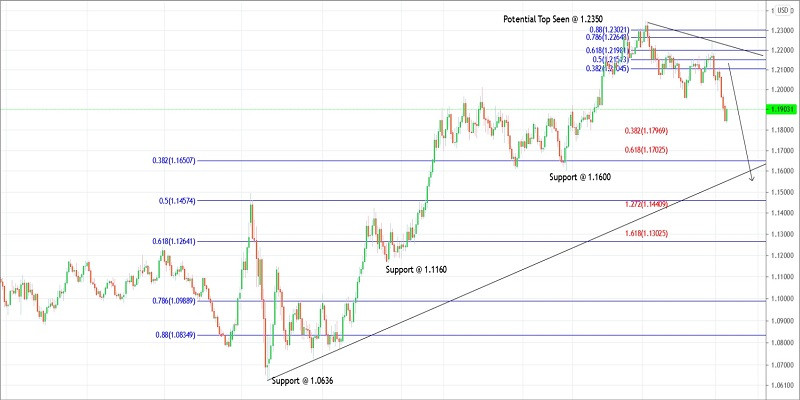 EURUSD had dropped through 1.1835 lows yesterday before finding support, as discussed earlier. So, that move was expected. It has bounced from interim support seen around 1.1840 levels and might be looking poised to continue the counter trend rally higher. The single currency pair is seen to be trading at around 1.1900 mark at this point in writing and is expected to hit at least 1.1940/50 mark in the near term.

The overall outlook continues to remain bearish but potential remains for the counter trend rally to extend higher towards 1.2100/50 zone as well. For now, bears are expected to be back in control from 1.1940/50 zone and turn prices lower towards 1.1600 levels going forward. Only a break above 1.2350 nullifies the above bearish structure.