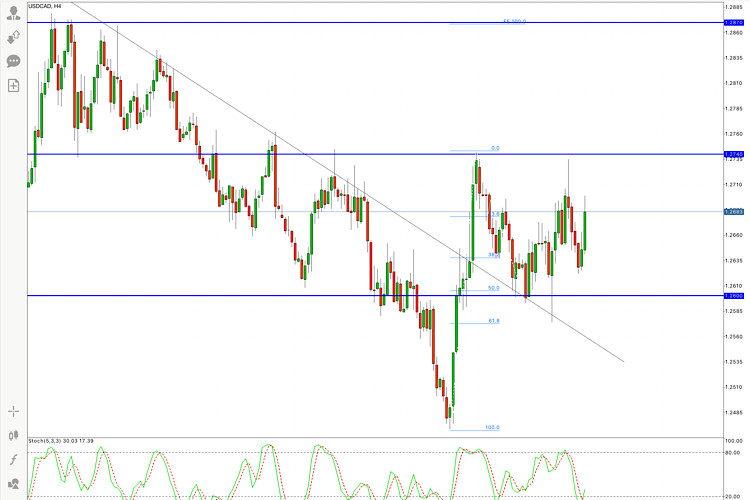 The USD/CAD pair managed to recover over 50 pips from intraday lows and was last seen trading with modest gains, around the 1.2675 region during the early European session. The pair attracted some dip-buying near the 1.2625-20 region and stalled its sharp retracement slide from the 1.2740, tested in reaction to the stunning US monthly jobs report on Friday.

All things being equal, the exchange rate could continue to edge higher during the following trading session. A breakout through the upper boundary of the trading range around 1.2740 could occur. Moreover, this supports the bias as the stochastic is hovering in the oversold territory.

Inverses head-and-shoulders pattern comes in play on 4H chart, eyes on 1.2740 neckline region.If indeed the bulls manage to reach and breach the resistance zone , the confirmation of a inverted head and shoulders pattern may also signal a trend reversal and may be more significant because such a move would confirm a new higher high .