Based on the weekly stock price chart of the American telecommunications company ATT, the signal line of the Marlin oscillator went up from the border with the territory of the declining trend. The current candle went over the indicator line of the balance, the medium-term trend is going upward. 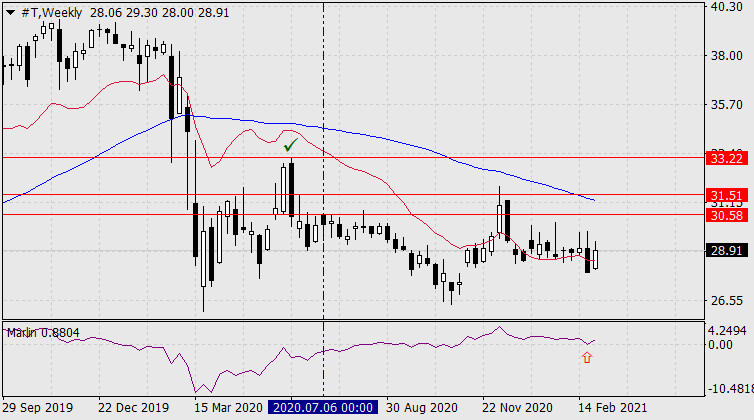 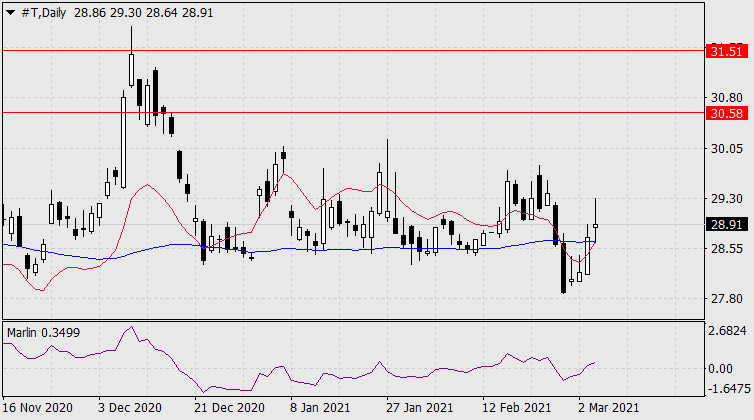 According to the daily chart, the price yesterday was fixed above both indicator lines – the balance line and the Kruzenshtern line. The Marlin oscillator also entered the zone of a growing trend yesterday. Purchase.

The purchase of ATT securities can be insured by the prospective sale of Cisco Systems. 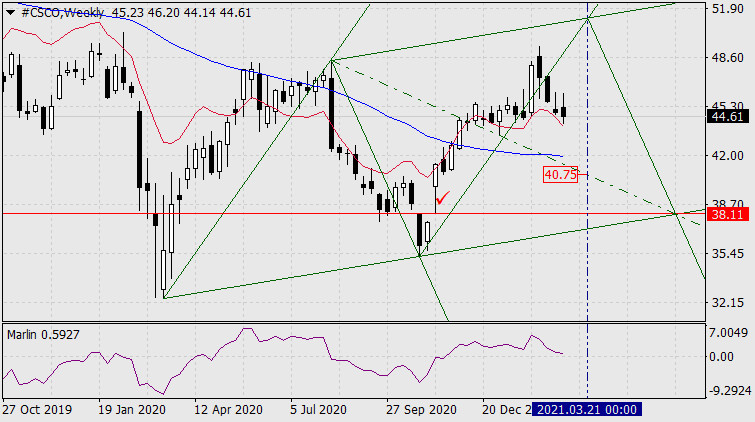 Based on the weekly scale chart, the diamond-shaped technical design tells us the price of the decline branch – 38.11, which coincides with the minimum of the second week of November last year (check mark on the chart). The intermediate level is the level of 40.75, formed by the dashed diagonal of the right rhombus and the time mark of the upper right vertex of the entire structure (2021.03.21). With the price going under the specified first goal, we expect a further decline to the second and main goal of 38.11. 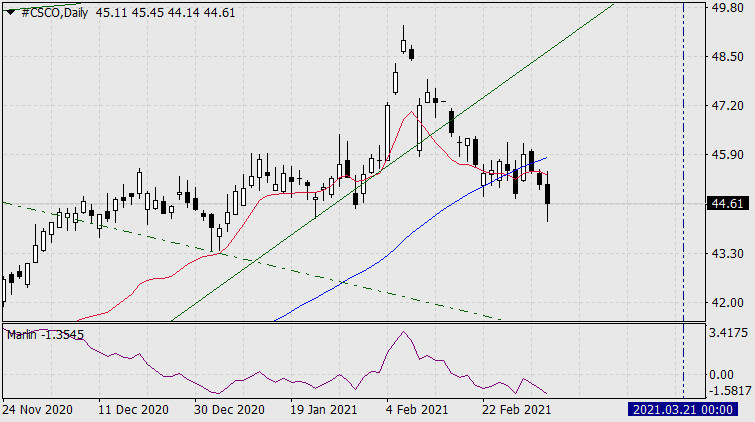 On the chart of the daily scale, the price is fixed under the Kruzenshtern line, the Marlin oscillator with new efforts goes deeper into the zone of the declining trend.