Yesterday, the Australian dollar was expectedly supported by the leading currencies. The US dollar index strengthened by 0.69%. At the same time, the Australian dollar hardly lost much (46 points), pausing at the support of the MACD line. And then, it did the main thing – During the Asian trading session, it broke through the support and quickly declined. The Marlin oscillator has forcefully entered the downward trend zone. Thus, the situation has become completely declining. 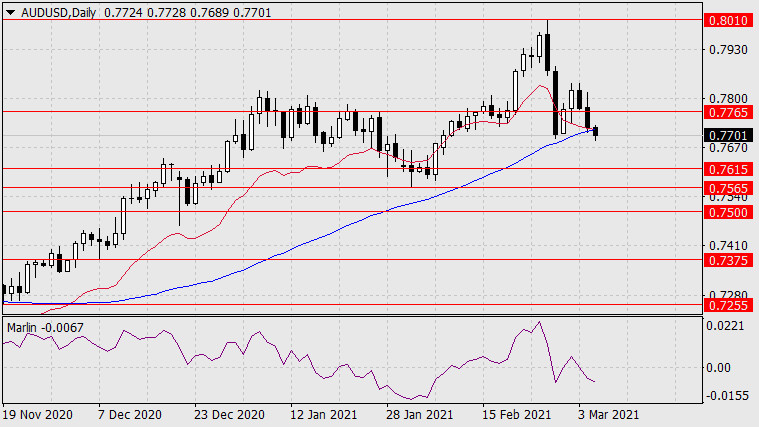 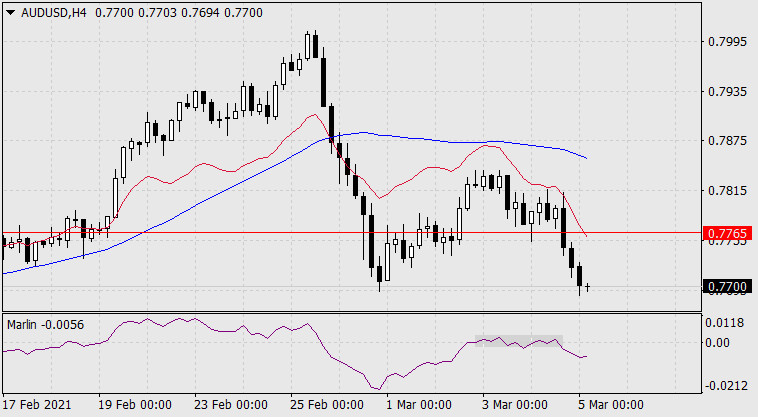 The MACD signal line in the H4 chart has left the consolidation at the zero level below (gray area on the chart), and is going deeper into this negative zone. The situation is fully downward.