So, our expectations about a sharp price spike from the local price channel upwards were met. Yesterday, the USD / JPY pair jumped to 96 points, leaving the target range of 107.35 / 50 deep below. Now the price needs to settle above the target level of 108.16, then go even higher to the target of 109.10. 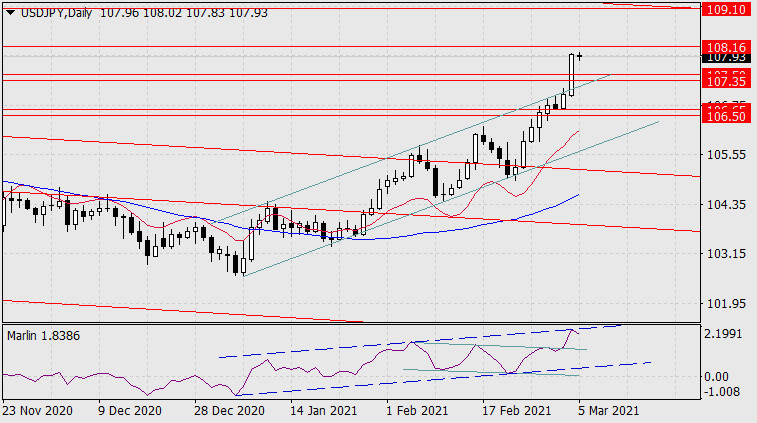 Also, the Marlin oscillator went up from its own light green channel, but immediately worked out the upper limit of a longer rising channel, marked with a blue dashed line. Accordingly, consolidation is likely before reaching the target level of 108.16. It is also possible that with the release of today’s data on employment in the United States, the price will work out this target level, but will not be fixed above it. 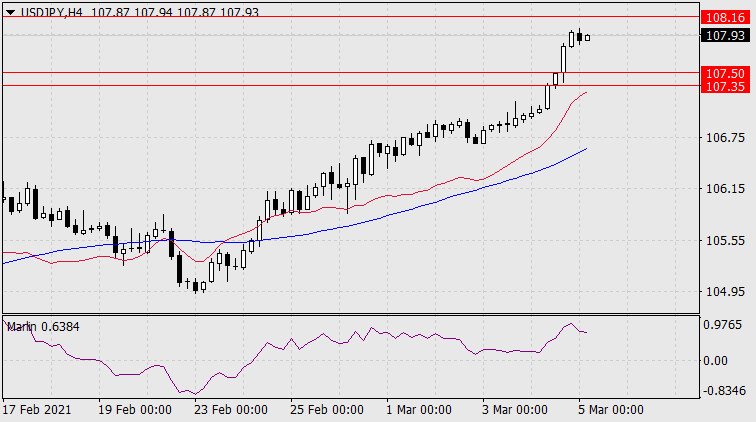 Based on the four-hour chart, the Marlin oscillator turned slightly down. This also shows the local overheating of the market, at least for today.