NZDUSD is trading at 0.7185. Price remains inside the long-term upward sloping channel but after a long time price is now challenging the lower channel boundary. It will be a sign of weakness if price breaks below this channel. 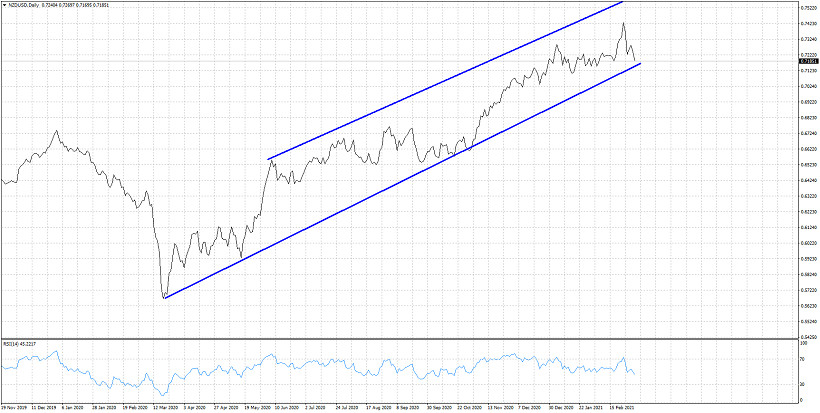 NZDUSD is in danger of providing a bearish signal that could affect price negatively for the next few weeks. So far price continued making higher highs and higher lows inside the bullish channel. Failure to hold above 0.7150 could imply that a bigger correction is coming. The bearish divergence in the RSI that we mentioned in previous posts makes us believe that the chances of a bigger pull back are higher than continuing the up trend. Bulls need to be very cautious.