The US dollar is weakening in the currency market before the release of the updated data on employment, while both global stock markets and commodity ones are consolidating, as it awaits new important positive drivers.

Previously, it was repeatedly mentioned that the situation in the currency markets is entirely associated with what is happening in other financial markets. First, we consider the sell-off in debt markets, primarily in the United States, which has raised concerns that an increase in government bond yields will lead to a cash flow from the stock market to the bond market, and that all this will occur in the wake of an extreme inflation growth country. These concerns helped strengthen the position of the US dollar and did not allow it to further fall against major currencies amid the Fed’s extremely soft monetary rate and the Ministry of Finance’s fiscal policy.

However, Fed Chairman, J. Powell’s action and his assurances that the regulator would actually warm up the economy for the sake of its recovery, stabilized the debt market, and in fact all other markets – stock, commodity and currency. Therefore, investors are now fully focused on the publication of important employment data in the US this week.

Today, the numbers of new jobs from the ADP company will be released. According to the presented forecast, there are 177,000 new jobs in the non-agricultural sector in February against 174,000 in January. This is quite a lot, but it is hard to predict what will be the reaction of the market. On the wave of weak data earlier, investors actively sold the dollar and bought stocks, believing that the weakness of the labor market will stimulate Congress to step up the process of approving new incentives in the amount of $ 1.9 trillion. And since the Lower House has already made a positive decision, the Senate will now be in charge.

We believe that weak employment values both from the ADP and the Labor Department will push senators to approve this aid package. However, it is unclear how the market will react, as its current attention is drawn to the risk of a prospective change in the Fed’s monetary rate due to the high probability of a strong inflation growth in America.

Overall, it can be assumed that much will depend on various factors – US Treasury yields’ growth potential, new stimulus measures of $ 1.9 trillion, active vaccination of the US population, and the general process of recovery in business and production activity. In general, it is difficult to say what exactly will happen in the market. The very dynamics of stock indices, currency pairs where the US dollar is present, and commodity markets clearly indicate this.

The EUR/USD pair is trading above the level of 1.2075. If it declines below which, the price may further fall locally towards 1.1960. 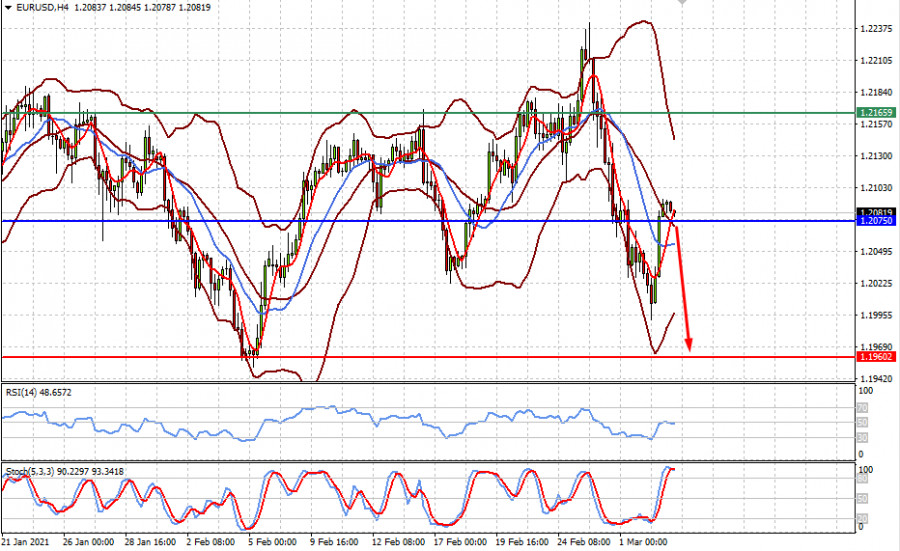 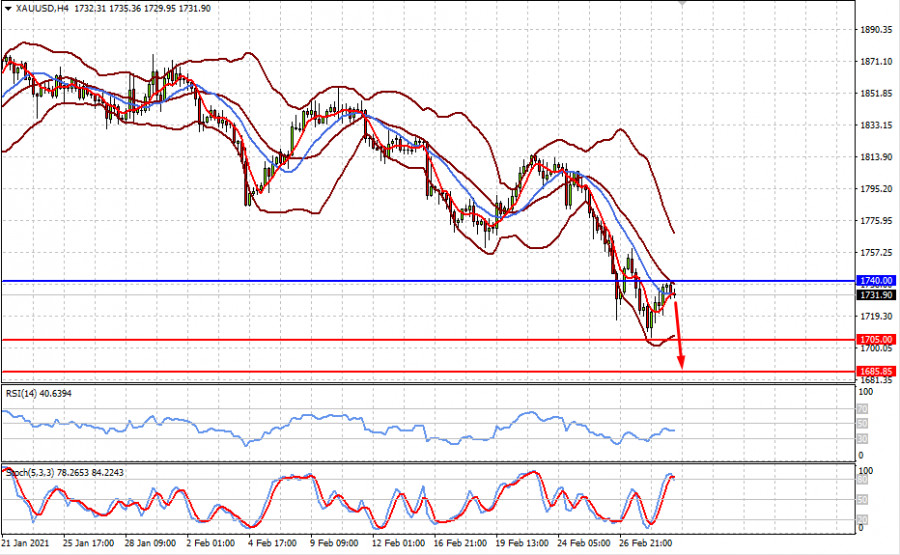