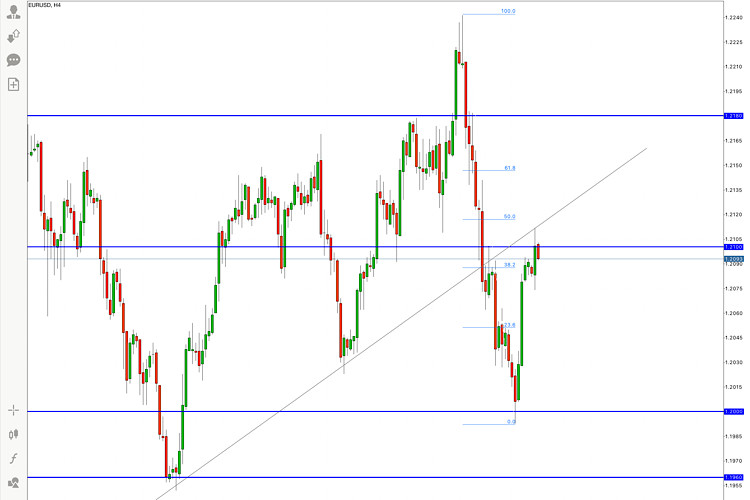 EUR/USD is trading above 1.21, up on the day. US yields have stabilized and the ECB reportedly sees no need for action on bond yields. Eurozone Services PMIs met expectations. US ADP Nonfarm Payrolls and the US ISM Services PMI are awaited.

From a technical perspective , appears to be defending the yearly low (1.1952) even as European Central Bank (ECB) officials endorse a dovish forward guidance for monetary policy, and the exchange rate may continue to retrace the pullback from the February high (1.2243) if it snaps the series of lower highs and lows carried over from the previous week.

In the near term future, the rate was expected to test the resistance of the 1.2100 mark which coincides with the ascending trend-line breakout point and fibonacci 50% retracement. If these levels fail to provide resistance, the pair could 1.2130 level. Looking down, support awaits at 1.2000 round figure mark, which also previous swing low . Further down awaits 1.1960 critical support of 2021 low.