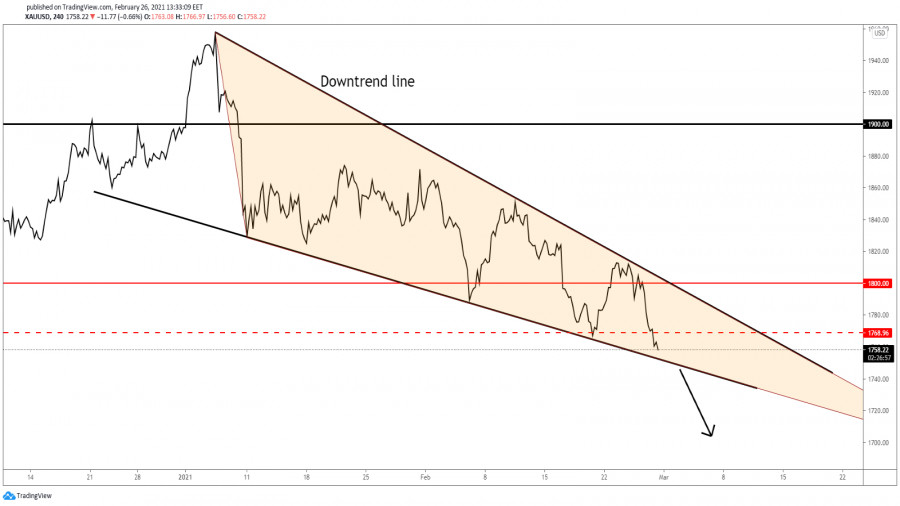 Gold is trading lower at 1,758 and it could hit the black dynamic support soon. I’ve told you in a former analysis that XAU/USD could decrease significantly if it falls back below the 1,800 psychological level.

Now, it has fallen below the former peak low activating a deeper drop. The downside outlook remains intact as long as the rate stays below the downtrend line. Dropping below the dynamic support, the black sloping line could represent a new selling signal.

Dropping below 1,765 former low represents a selling opportunity. Breaking below the black line could signal a deeper drop towards 1,700.