Yesterday, the euro stopped rising on its way to the nearest target of 1.2190, but it is still determined to reach not only this target, but also 1.2272. Drifting under the MACD line, below 1.2105, will return the euro to a downward trend. 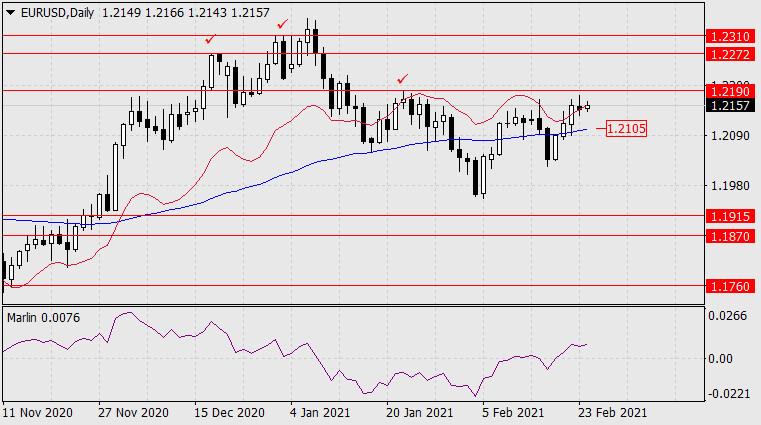 The price rises on the four-hour timescale, while the Marlin oscillator turns up. We are waiting for the price to overcome the first target at 1.2190. 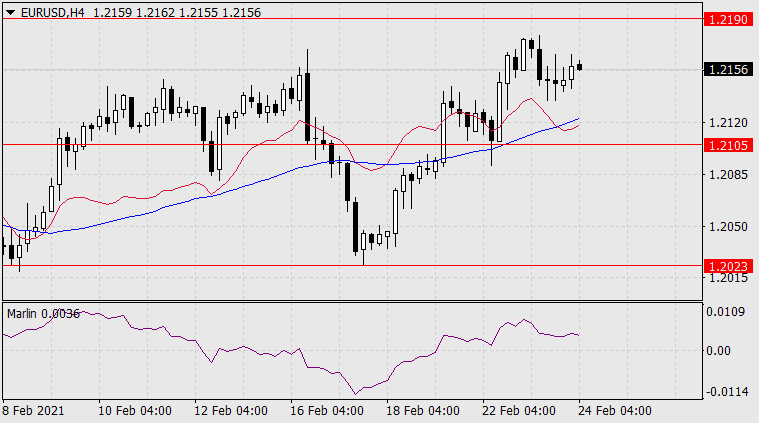