The British pound advanced 170 points both yesterday and this morning, having reached the target level of 1.4210. The price may still reach the January 2018 high (1.4275), but a reversal from the achieved one is planned. The Marlin oscillator entered the overbought zone for the daily timescale, it can already reverse both independently and along with the price. 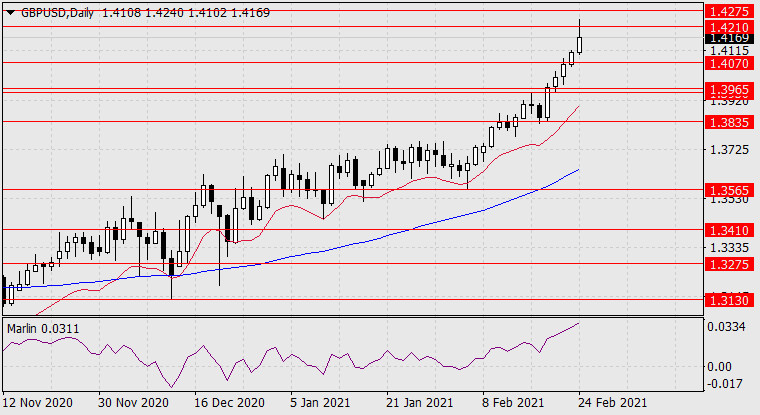 Marlin is also in the overbought zone on the four-hour chart, it is quite possible that the price will quickly return to the consolidation area at 1.4070, but what follows is a big question. If the price settles below 1.4070, then it will speak of a reversal, if subsequently the price rises again, then this can be either a continuation of the growth trend or a reversal of another geometric formation. In any case, we are waiting for the development of events. 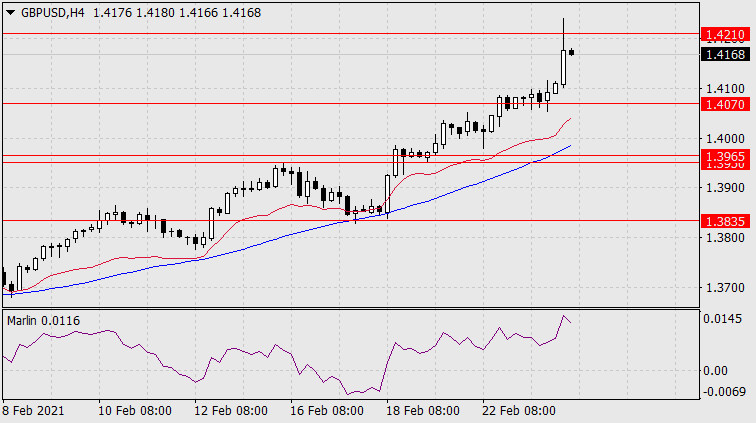